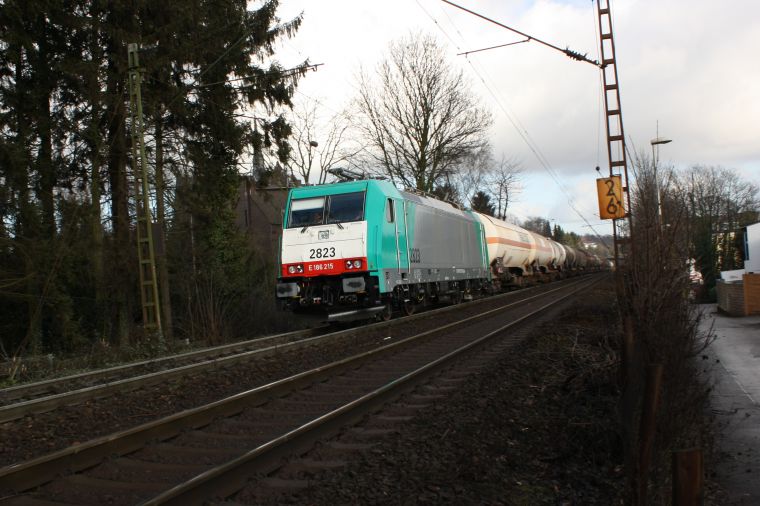 This picture is something I like much more. 2823 (E 186 215) has just crossed the “Vaalser StraÃe” in Aachen and is heading, with surprisingly high speed, towards Montzen.

When I first saw it I wasn’t too happy with the turquoise-silver paint scheme of leasing company Angel Trains Cargo, but I think it actually doesn’t look all bad. Granted, it won’t go down in history as one of the greatest ever either, but it could have been worse.

At first I thought this image was too tilted, but come to think of it, I rather like the effect.