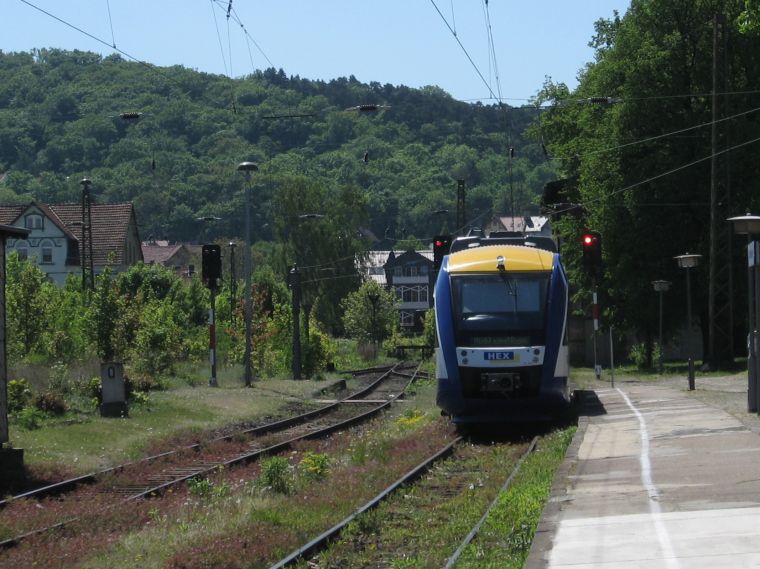 In an odd clash of abbreviations, the agency that pays for the operation of this train, as well as all other regional trains in Saxony-Anhalt, is called NASA. Together with the white exterior, spaceship jokes basically happen all by themselves. Saying that Blankenburg station, shown here, is about as lively as the moon, now that would be mean, although not one hundred percent incorrect.

This LINT 27 belongs to HarzElbeExpress, which in turn belongs to Veolia Transport and operates regional traffic in Saxony-Anhalt. According to its signs it’s, headed to the popular and beautiful town of Nicht einsteigen (Do not board). It will head to Halberstadt in about half an hour. The Alstom LINT 27 is the single part version of the Alstom LINT 41. The number refers to it’s overall length in meters. This is the only of the modern DMUs that is available as both single and multiple units, and you can find LINT 27s in many places where the LINT 41 is nowhere to be seen, such as here, which would normally be Desiro country.