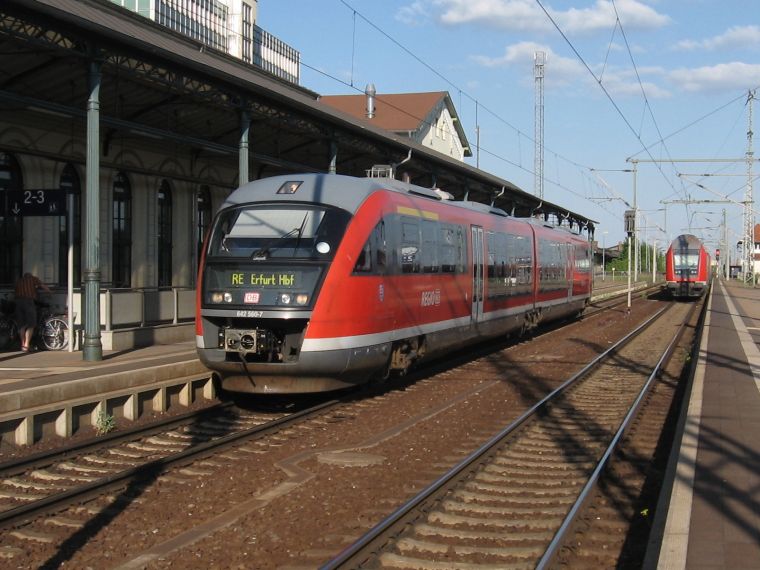 One can tell pretty well by the DMUs where a particular picture was taken. This one shows a Siemens Desiro, which indicates it’s in the former GDR, but not Berlin or Brandenburg. Indeed, it’s taken again in Nordhausen, Thuringia (although this time in the normal-gauge station).

The Siemens Desiro follows the same basic ideas as the Alstom Coradia LINT 41 (used in the north-west) or the Bombardier TALENT (used in middle west). DB just bought different ones for different parts of the country so that all manufacturers would get a share of the pie. As most of these DMUs are at least partly paid for by the individual states, this is rather important. For reference, the two missing types of DMU are the GTW in Berlin and Brandenburg, and the Regio-Shuttle in the south, both of which follow very different concepts.

Notice that this Desiro is not to be confused with the Desiro UK as shown on this picture by CJSutcliffe, a very, very diferent vehicle all in all.