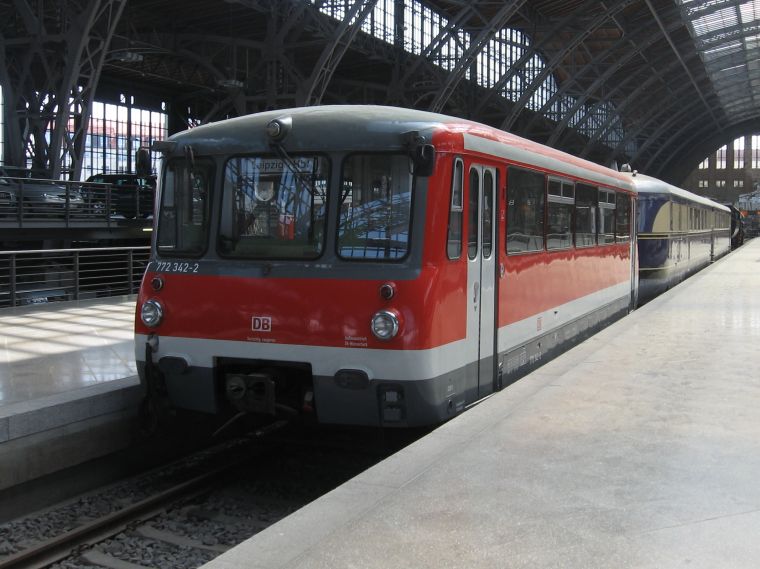 The VT 2.09 series, later renumbered to first class 171/172 and then class 771/772, is the east german equivalent to the west german Schienenbus VT 95/98. It is a very light vehicle, meant for cost-effective operation on low-traffic lines, and replaced inefficient steam-pulled trains starting in the 1960s. Due to being mainly used in rural areas, it gained the very nice nickname “Ferkeltaxi”, which could roughly be translated to Piglet Taxi. Since 2004 they are no longer in regular use, although two remain for special services and as reserve on a line somewhere in Saxony.

772 342 is the only one that has ever received the modern traffic red livery, which does suit it well, I think. It’s placed in Leipzig Hauptbahnhof, along with two old electrics, a class 52 steam engine and a Flying Hamburger type DMU.