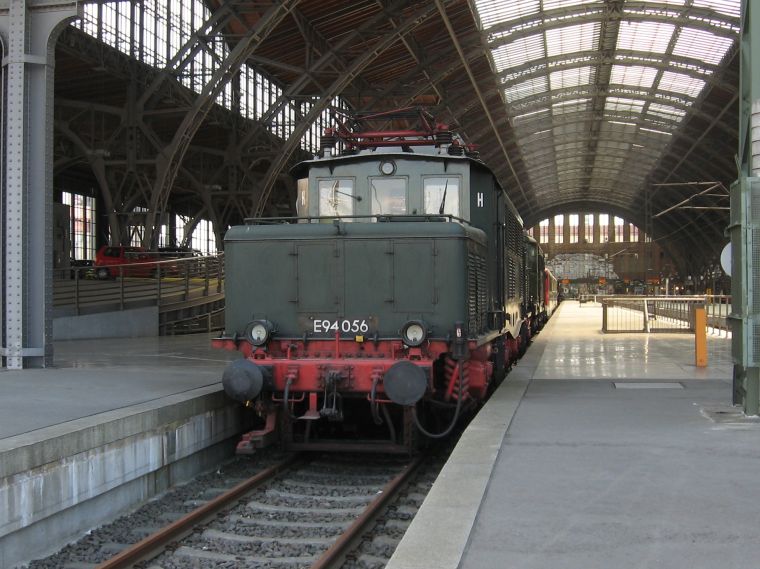 The “crocodile” is an outdated way of construcing electric engines, having started in Switzerland. The trucks have hoods on them, which contain the traction motors, and the cab and main electrics are in the frame which hangs between them. Notice that not every engine with hoods in front of the cabs are crocodiles, the hoods have to be attached to the trucks instead of the main body to qualify.

The german crocodile is the E 93 and the later and much more common E 94, as seen here in (again) Leipzig Main Station. The E 94 was produced during World War II to haul heavy freight mainly over the alps, and because of this has ended up to some degree in Austria as well. In theory, these 3 MW (4000 hp) monsters have been removed from revenue service in the 1980s. Actually, one of them has been taken from retirement, it now works as a helper on some steep grade whose name I forgot.

One of my most favorite german electric engines. It's breathing with history but although it's quite old all the rooftop furniture makes it look really "technized"