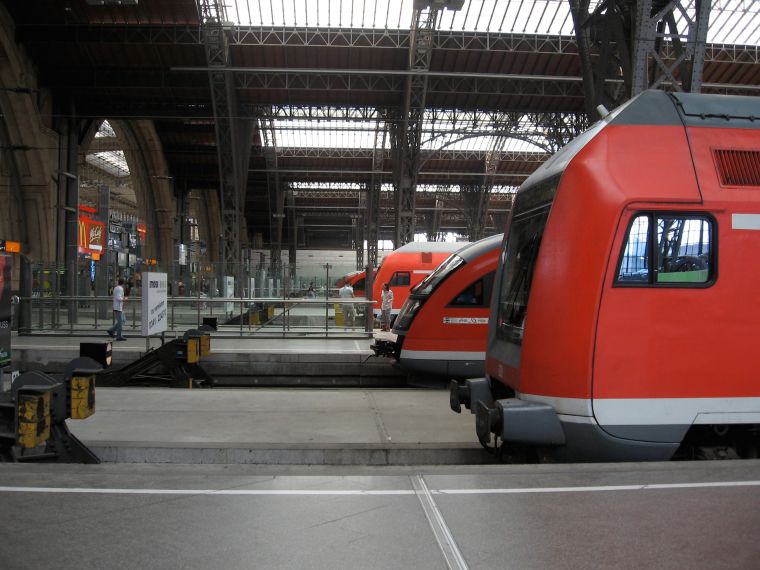 A row of regional trains has agreed to pose in a nice descending row for me. From front to back, we first have a double-decker cab car that seems to be from old DR stock, but has received a new head end. The old flat angled sides in the top area give it away, newer cars are round there.

The station ends rather abruptly at a huge concrete wall. Behind this temporary wall, the entrance to Leipzig’s new City-Tunnel is being built. This tunnel will connect the main station with the Bayerische Bahnhof (Bavarian station) at the south of the city and have several S-Bahn stations in the city center.

One thing I’d like to point out: Advertisement on the buffer stops. Certainly an interesting idea.