May all of Germany become Switzerland 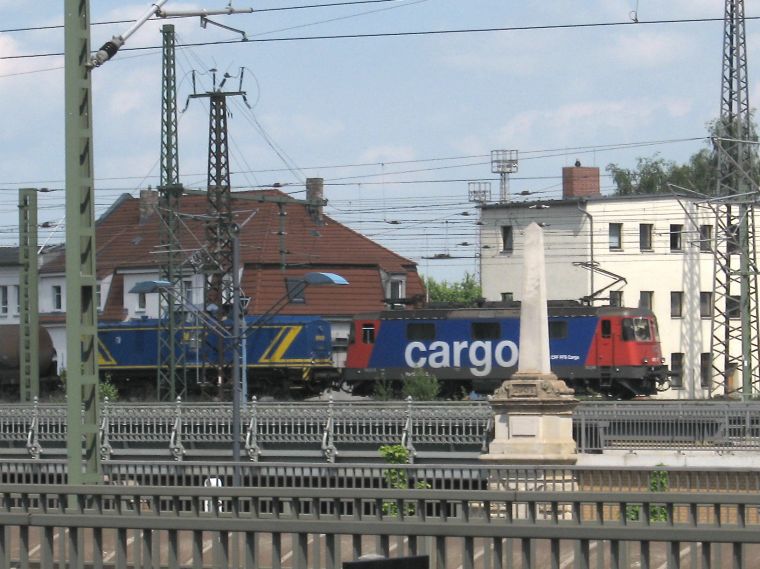 In the late 1400s and early 1500s, Germany was in uproar, some Luther guy had written new ideas about what the church should be like and people wanted democracy and freedom. At that time, the shining example obviously weren’t the USA, but instead Switzerland, which had recieved de facto independence in 1499, leading to the call for all of Germany to become Switzerland.

Some 500 years later, liberalization in the railroad sector has fulfilled this wish, sort of. SBB Cargo, the freight division of the Swiss Federal Railroad, has started to use electric machines of class Re 4/4 II, which are as typical for Switzerland as cheese, neutrality and the white cross on red ground, all over Germany, such as here, Halle (Saale) in Saxonia.

Directly following is a former Deutsche Reichsbahn (East Germany) V100 diesel locomotive, a classic road switcher which is conceptually nearly identical to the Deutsche Bundesbahn (West Germany) V100. This one belongs to the Mittelweserbahn, a private railroad company that can also be seen all over Germany. I have no idea what the idea behind this consist is. I can’t even tell whether those two units have compatible multiple-unit control systems.