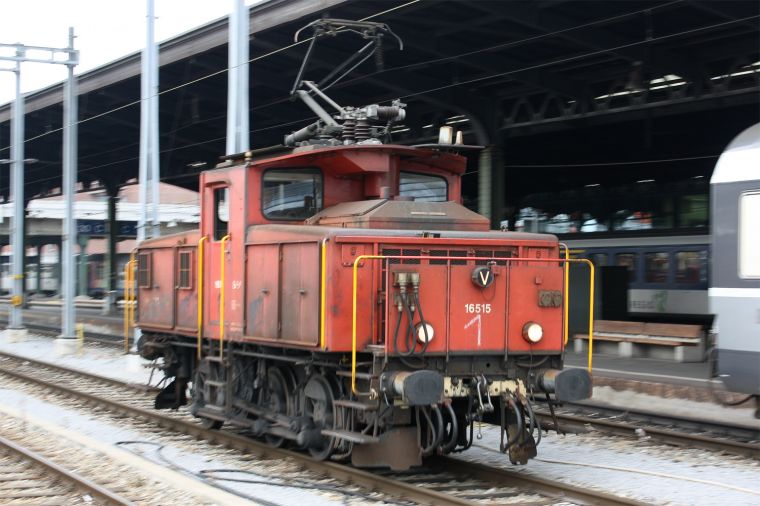 Basel SBB station has a small french part (sometimes called Basel SNCF station) which uses french 25 kV 50 Hz electrification instead of swiss 15 kV 16.7 Hz electrification. The part is so small that you can’t even have a 25 kV locomotive run around it’s train there, instead it has to be pulled by a switcher (quite apart from the fact that the swiss love to shunt, compared to Germany).

Normally, one would think that the natural, only useful way to do this would be with a diesel locomotive. Electric switchers are unheard of almost everywhere, and you can’t change the operating voltage with power activated. Switzerland, though, has an overabundance of cheap electricity and, thanks to neutrality, would have no mineral oil to speak of in war times, so folks there see things differently.

This switcher does not look like much, but even with a heavy french train in tow it can gain enough momentum in fourty meters to roll without power (and pantograph down) over the system switching point, which is really the most challenging part of it all. Of course, this fossil won’t remain in service indefinitely: SBB has just started taking delivery of new electric bi-tension switchers.