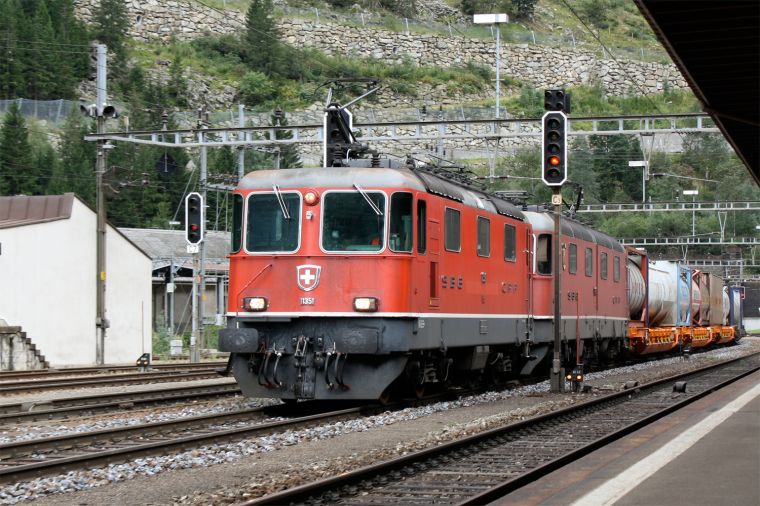 My father and I were left for one hour in GÃ¶schenen. GÃ¶schenen itself is a rather boring village, but it is sitting right on the north portal of the Gotthard tunnel. The Gotthard line, of course, is one of Europe’s most important North-South railroad connections, so there are worse places for spending time than here.

In this case, a north-bound intermodal is just passing through. It is headed by a swiss Re 4/4 III (largely identical to the better known Re 4/4 II, but with different gearing for a lower top speed and more pulling power) together with a Re 6/6, a combination internally known as Re 10/10, which is very common on the Gotthard line. Both locomotive types were essentially bought just for this very steep high-traffic line with it’s tight corners. The Re 6/6 is the more interesting one: For better curves, it has the rather uncommon BoâBoâBoâ axle configuration. The one here is one of the two prototypes with a split body, something that proved unnecessary for the main delivery, making it a real rarity.