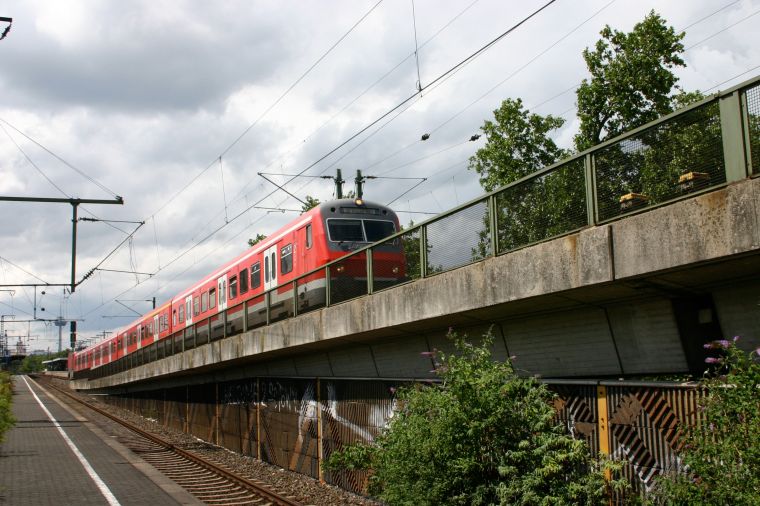 Cologne, here the eastern exit of Cologne Trade fair/Deutz station, is a horrible mess of tangled tracks spreading in every direction. So horrible that when the S-Bahn Rhein-Ruhr, a fast commuter rail system, was built, they just built a huge bridge over it all instead of trying to sort it out. The bridge is a very steep one, but the trains that use it are all either EMUs with all axles powered or high-powered electric locomotives pushing and pulling trains consisting of no more than four light-weight carriages.

This image shows the latter case. A class 143, originally a freight unit but now used exclusively for commuter rail when it’s not being scrapped even though it could still run for another ten years if it was sold to a competitor, pushes a trainset of x-type carriages, which are built especially for S-Bahn service and are near useless for anything else.