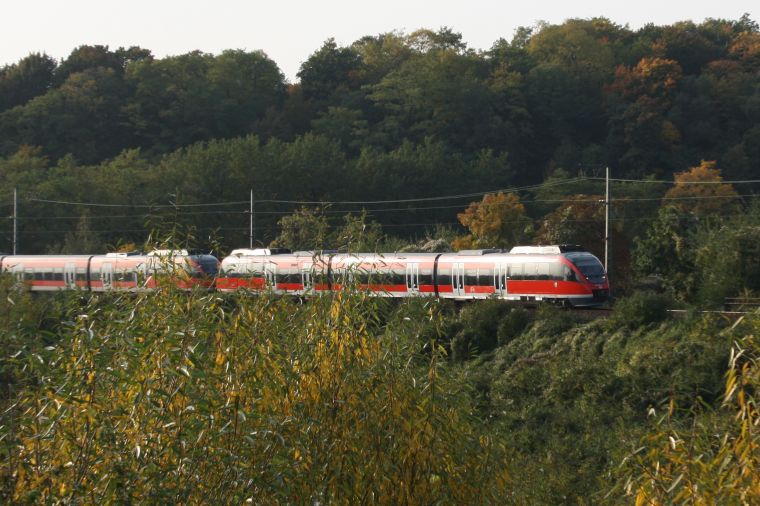 The other version is the class 644. At 1100 kW (1475 HP) it has nearly twice the power output of the standard version, and it uses an electric transmission system for this. The top speed stays at 120, but the maximum acceleration increases to 1 m/s2. It also contains additional doors. Two of this kind are running into Cologne here.

Within the area to which DB has assigned the Talent as standard DMU, you can find the 643.0 basically anywhere. The 644, on the other hand, is mainly restricted to a set of lines in the Cologne area, serving as a diesel S-Bahn in all but name. And I’m not joking here, some of the lines even use the dedicated S-Bahn tracks.

An interesting fact: Each of these trains has as much power as an old EMD F7, but it weighs twenty metric tons less. This train’s capabilities should not be underestimated.