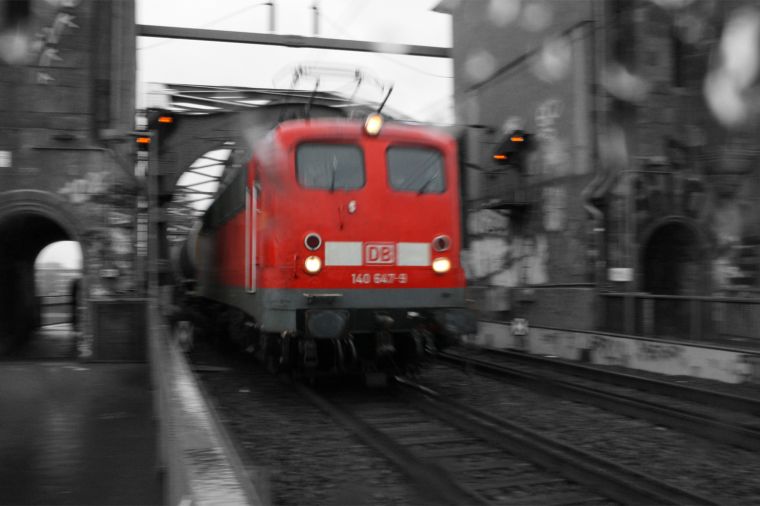 Cologne has two railway bridges (not counting road bridges also shared by LRVs), the Hohenzollern Bridge that is one of my favorite photography hunting grounds, and a second one a little to the south, creatively titled SÃ¼dbrÃ¼cke (southern bridge). The SÃ¼dbrÃ¼cke is mainly used for freight trains, although a few ICEs pass through here to avoid crossing the Hohenzollern Bridge (which is one of the most busy rail links in Europe) twice.

Nearly everything about this picture is wrong: It’s not sharp enough, there’s rain on my lense and so on. However, I thought it looked interesting, so I decided to just go wild with it - which means “turn everything except the locomotive and the lights of the distant signals black and white” for me. I’m not good at going wild with photos. So, treat this more as an experiment than as a real submission.

140 647 is here hauling a freight train consisting mainly of tank cars and has just reached the east shore of the Rhine.