Hiding in the Steel Forest 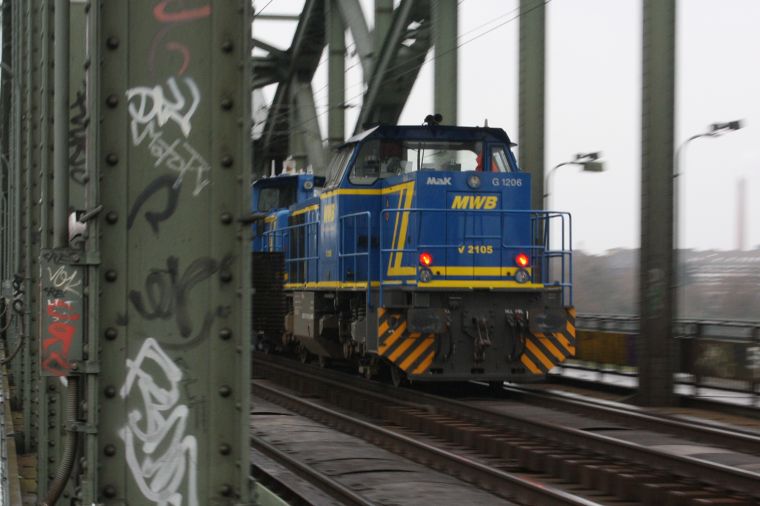 Cologne is at the part of the Rhine known as Niederrhein (Lower Rhein), which is unfortunate. If I had taken this picture somewhere along the Mittelrhein (Middle Rhine) then I could make lots of unfunny jokes about how the Mittelweserbahn (Middle Weser Rail) is completely at the wrong river here. Either way, a train consisting of a V60 and this G 1206 surprised me on Cologne’s SÃ¼dbrÃ¼cke (south bridge). I’m afraid this going-away shot is the best I managed, but since that could just as well be the train’s front end I don’t mind that much.