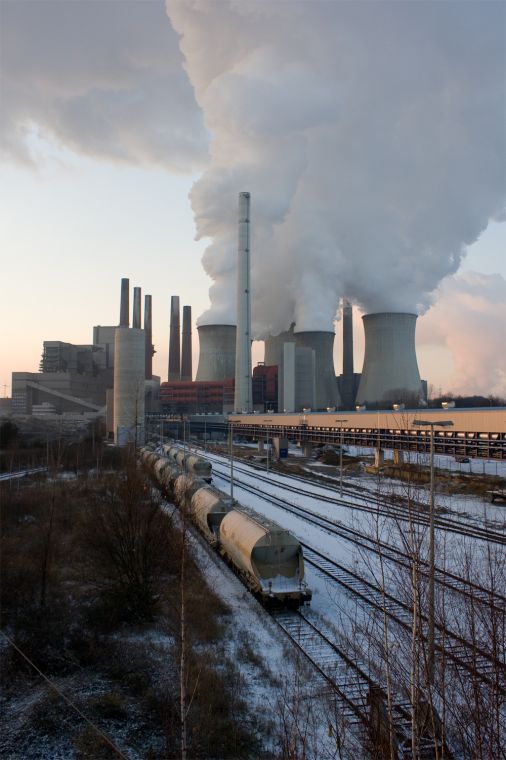 At some point during the day, the temperature dropped significantly below my personal comfort zone, to the point that my fingers were so numb from the cold that I had trouble folding my tripod back together. Hence, I did not stay as long at the lignite-fired power station Neurath as I had planned. In the short (but subjectively long) time, I did manage to take a picture I personally like, though.

The clouds are all just vapor from the cooling towers, but when comparing the most polluting powerplants (measured in tons of CO2 per kWh), Neurath ranked at place seven in the 2007 list for Europe, giving it place five for all of Germany. To be more precise, it’s CO2 output per energy is higher than twice the amount for the german total electricity mix. It should be no surprise that just like for the other power plants in the area (all near or at the top of the lists as well), there are people who don’t like it. Currently, two new power generating blocks are built, in addition to the five already existing (combined power output 2200 MW). The new ones will have optimized technology for higher efficiency and a power output of 1100 MW each. However, there were already three deadly accidents on the construction site, and people are questioning whether it is useful to still invest in lignite. Personally, I like cheap electricity as much as anybody, and lignite is the only local fuel source that does not need government subsidies to be mined, but still, I think the impact on nature is too large for the benefit.

I feel as though i could just stand there all day and stare at it.