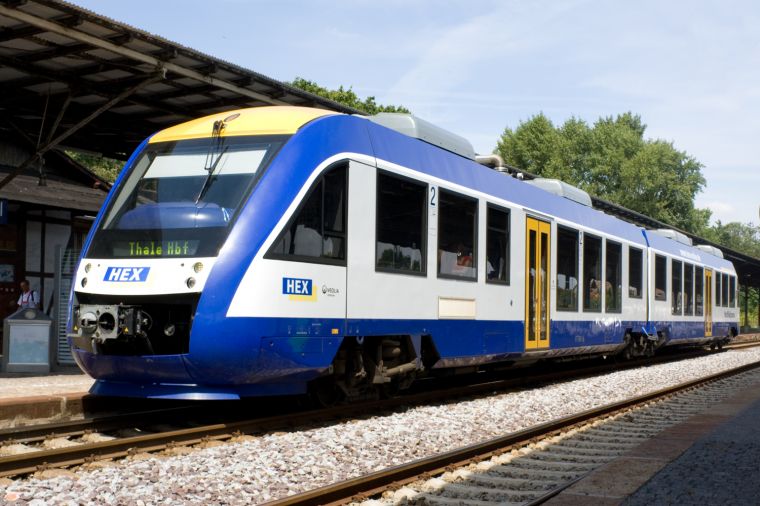 Thanks to all the preparing for tests, I didn’t really have time to look at the newer pictures I took, but as I’m sitting in an ICE headed towards Hanover right now (well, I was when I was typing this, then saved it for later posting) without anything better to do, I can finally deal with it.

Quedlinburg is, the terminus of the Selketalbahn (Selke valley line), one of the lines of the Harzer Schmalspurbahnen (HSB, Harz Narrow Gauge Railroads). This was not always the case, but when the normal gauge line from Quedlinburg to Gernrode was taken out of service, HSB bought it and regauged it. Sadly, my father and I did not meet a narrow-gauge steam train here, even though, according to schedule, one should have appeared. Instead, we had to make do with LINT 41s.

Harz-Elbe-Express, short HEX (which may be an allusion to Hexe, german for witch, of which there are a lot in the Harz, according to a multitude of legends) is the brand under which Veolia operates a number of lines in Saxony-Anhalt. The paint scheme is maybe not the most creative ever devised, but it’s not exactly unpleasant either, and Quedlinburg station makes for a great background.