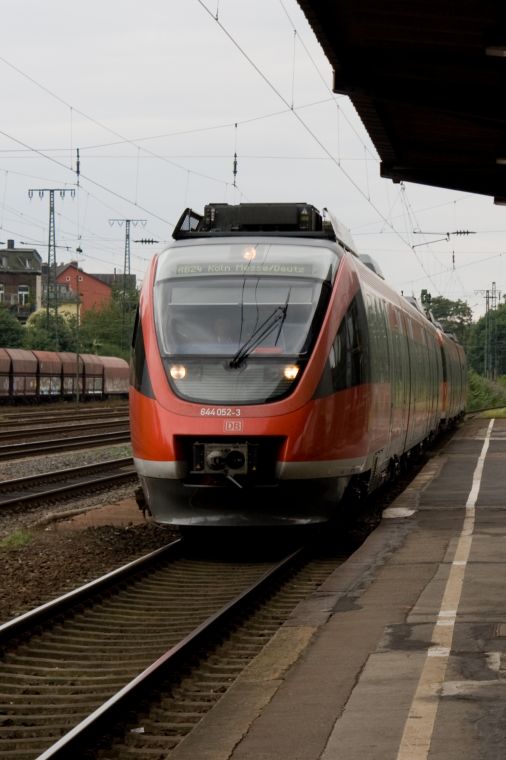 In my favorite book store in Aachen, I once saw a book with the title “Mord im Eifelexpress” (murder in the Eifel express, I’m afraid I forgot the author). The Eifelexpress is the train line RE 22, usually operated with class 644 Bombardier Talent DMUs, such as this on the slightly less glamorous Eifelbahn (roughly Eifel local) in Cologne West. One of them is also on the cover of the book. As it’s blurb on the back didn’t look too interesting, I didn’t buy it then.

It took a while until I realized something: The entire train is a single (articulated) tube. Except for the bathroom, there is really no room to silently kill anyone. The bathroom itself is situated in the multi-purpose area, so that wheelchair users can get to it, meaning everyone can easily see who goes in and out. While this has drawn criticism from some passengers, it makes it a rather bad site for a murder.

When I finally wanted to buy the book to see how this dilemma was solved, they no longer had it. I guess I’ll have to look online.

Thanks to my sister, who showed me how to crop a picture in Photoshop with a fixed aspect ratio without setting the pixel size at the same time. As a result, you can download this at a larger size than usual.