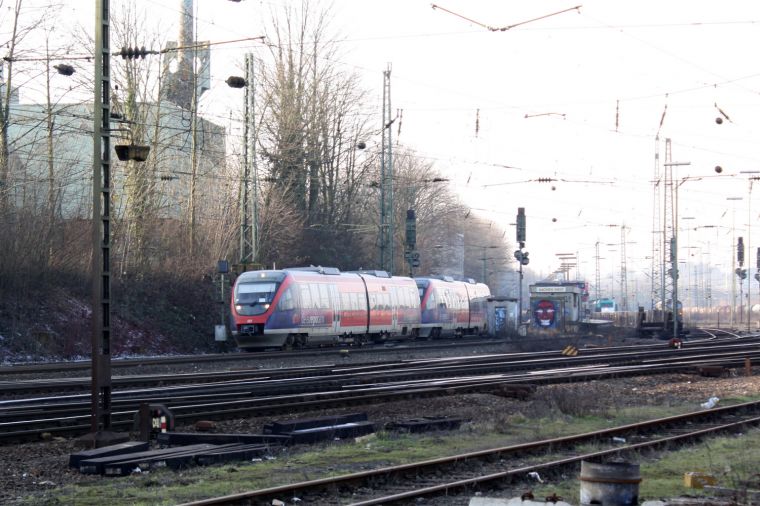 I love my Alfa 146. It’s got air conditioning, a stereo with iPod integration, looks better than most things on the market right now and while it can’t outrun a Porsche (yes, I’ve tried) it certainly does go fast enough. Rather importantly, and in contrast to the FUD many spew against Alfas, it’s been entirely reliable. Well, except for one thing: I don’t drive it enough. In a city with free buses (for students) and few parking spaces, there’s just hardly ever a point where you need or even want to. This means that I occasionally try to start the car, only to find that the starter battery is empty.

Today, for example, I wanted to go to LiÃ¨ge Kinkempois (Belgium), which is supposed to hold a large depot for odd (i.e. belgian) electric locomotives - ironically, specifically to prevent the starter battery from dying on me since the car was a little hesitant to start yesterday. You’ve got three guesses as to how that trip worked outâ¦

So here we are, back in very plain old Aachen West station, also known as a station within walking distance from my home. This slightly over-exposed image (sorry about that, but I do like the white shine on the sides of the train) shows, well, yet another Talent, built by Bombardier, class 643.2, belonging to DB, used for the Euregiobahn service (hence the non-standard paint scheme), or in fact two of them. I’m not sure where they are coming from, but the train will go until Stolberg central station, where the first DMU will be split off to go to Eschweiler-Weisweiler, while the rear DMU will instead go to Stolberg Altstadt.

In the background, an assortment of freight locomotives. I was going to say more, but this text is already way too long, so just guess what they are and who they belong to in the comment section!