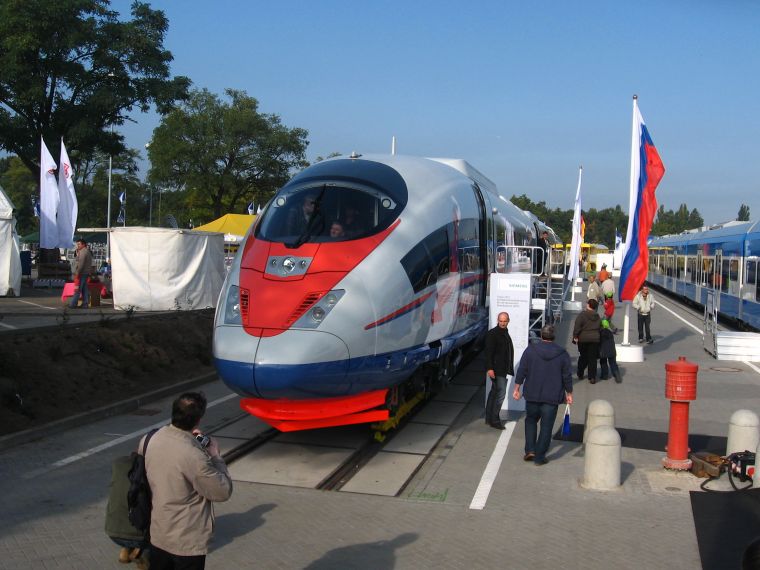 And so begins the Innotrans 2008 report. Visible here: The Siemens Velaro RUS, the new high-speed train for Russia. The train looks more than just a little similar to the german ICE3, however the Velaro platform it is based on is actually an evolution of this design. What this means in practice is that the train is now produced by Siemens alone, instead of a consortium.

I’d like to give special attention to the yellow constructions below the train. It has wheelsets fitted for russian wide gauge of 1520 mm, which means it can’t otherwise stand on the tracks of the Berlin trade fair grounds. Since it’s also wider than allowed by german standards, it had to be brought in by street transportation.

I’m not usually a fan of russian train design, but this color scheme fits the train very well. However, unlike the original, it can’t go faster than 250 kph (155.3 mph).