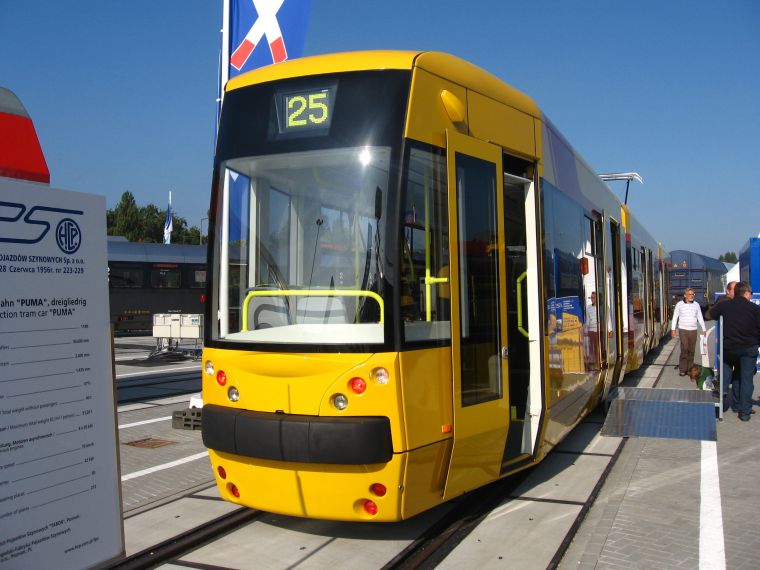 Here a tram from polish Fabryki PojazdÃ³w Szynowych H. Cegielski or short HCP, again the rear due to the lighting there. That doesn’t matter, though, like any good modern european tram it looks exactly the same front and back. Due to the end design it looks very narrow, but it’s actually 2.4 m (7.9 feet) wide, which is a pretty standard value for streetcars.

It’s not exactly a 100% low-floor vehicle, at the end doors there is a single step each and in the middle the floor is slightly higher, although thanks to ramps, there is no actual step inside the train. Additionally, even though it is 30 m (100 feet) long, it consists of only three parts. The first and last have one truck each, the one in the middle has two, so it’s a conventional truck design, which means it can’t go as low, but it’s probably easier on the tracks than modern highly articulated low-floor trams.