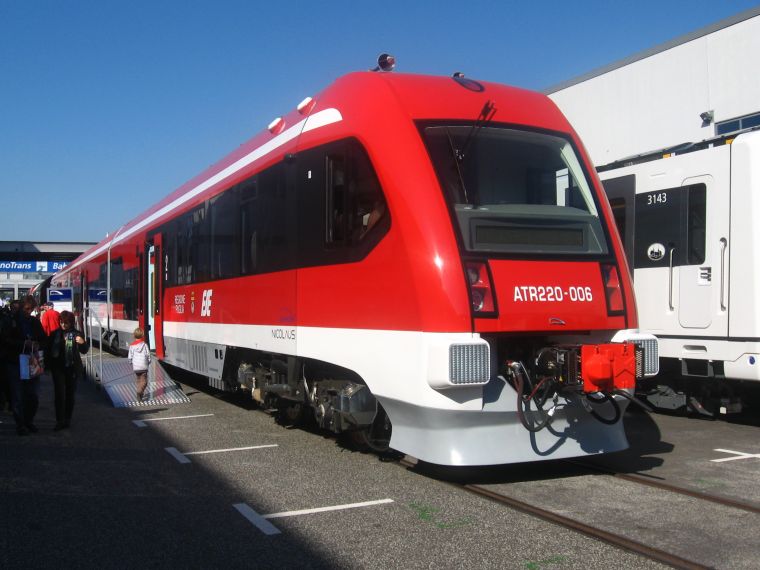 Concluding the report about polish mainline multiple units at Innotrans (though not about Innotrans itself, there’s still a lot to come there), I present the ATR220, built by PESA for italian railway company FSE.

In a nice contrast to all the other polish trains, you could actually go into this one, and there were also (english) leaflets about the train, and in fact also about the italian region where it will be used (Puglia, apparently the “spur” of the italian “boot”).

The train has a top speed of 120 kph (75 mph, and would you americans and british please consider stopping this miles nonsense? Thank you), consists of three parts, is low floor in the middle and high floor at the ends over the motors, and more or less fits perfectly in with the german trains such as Talent, LINT or Desiro Continental (the latter two of which are more commonly seen as two-parters, though). The train itself has nice seats, although the color scheme is a little odd, and the materials appear a little cheap. The outside design can probably safely be described as boring. All in all apparently not a bad train, though probably nothing that revolutionizes the world.