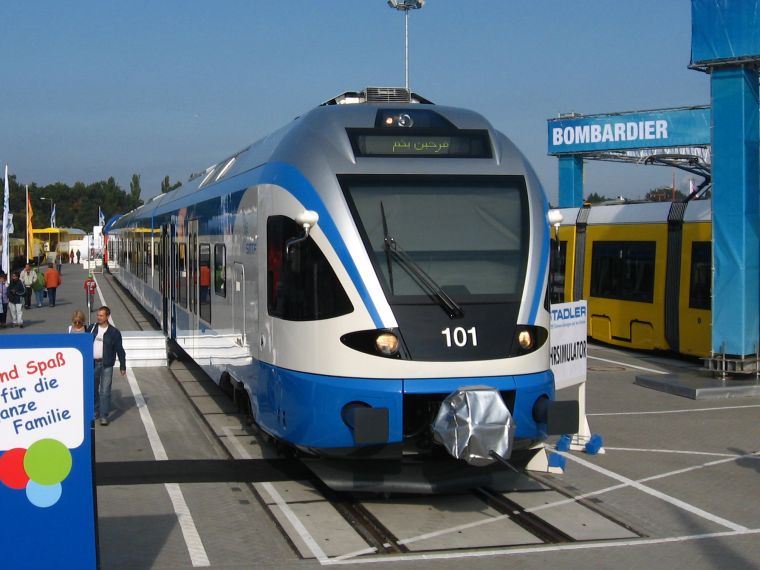 The european railroad industry is full of more or less stupid names. What the hell is a Coradia? Doesn’t LINT sound rather stupid? Is the Desiro desirable or does it desire something, and if the latter, what? Isn’t TALENT a rather pretentious name? Well, all of this pales in comparison to the Stadler Fast Light Innovative Regional Train.

The train is the more-or-less successor to the Stadler GTW (Picture by DemoniacX), which has been quite successful for quite some time already. The FLIRT is, in fact, the first of the second generation of E/DMUs in Germany, with the typical list of completely low-floor thanks to technology on the roof, crash safety, yada yada yada. It has been running for a few years already now. Unlike it’s competitors, it appears that you can’t change the number of doors later, and I also haven’t found any information about a diesel version. None of that really matters, though, since unlike the competition, it offers nice, large windows, making for a much nicer interior.

This one here is going to Algeria, and is equipped with technology for 25 kV 50 Hz electrification, as well as a destination sign that does not help me the least, but looks very interesting nevertheless.