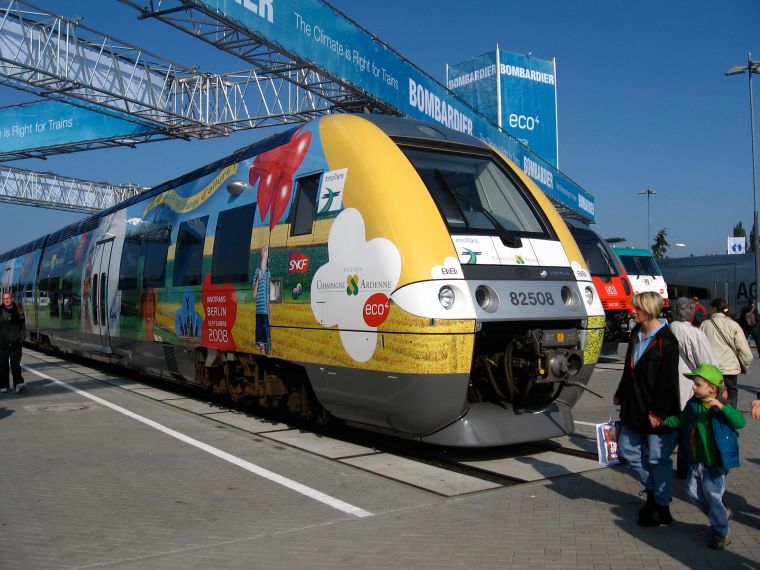 Very colorful, though not exactly beautiful, is the Prototype Hybrid AGC. Bombardier’s AGC is a series of regional D/EMUs, used mainly in France, about which I know almost nothing, so let’s leave it at that for the time being.

Hybrid here does not mean the same as in cars or the hybrid diesel locomotives that GE is working on. This train is equipped both with pantographs and diesel motors, and can be switch between them seamlessly for propulsion. Since France has two different electric systems, it also is a dual system unit, which means that in total it’s capable of operating with 25 kV 50 Hz, 1,5 kV DC or no electrification.

On the inside, it’s noteworthy that the train’s low-floor section is much lower than on comparable german trains. Whether this is because of french platform standards or because there’s also a double-decker version of this train I don’t know. Either way, I don’t like it, the interior consists mainly of cheap white plastic, and since the train has already been in service for a year, it’s rather dirty.