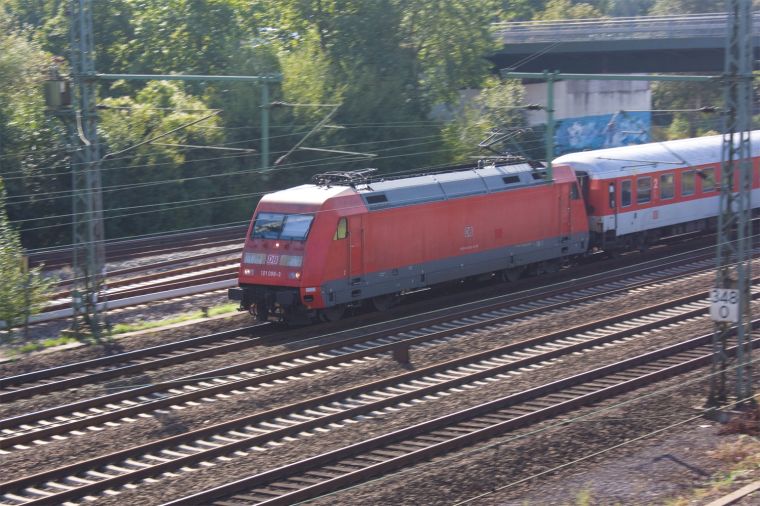 Again in Wilhelmsburg, but now from the pedestrian overpass. The class 101 doesn’t have an easy job: It replaced the very popular class 103, which itself had passed the title of flag carrier to the ICE before that already. In addition, it’s generally dirty and has a design that makes it absolutely clear that it was actually chosen because it was cheap to build. It’s no wonder that there aren’t that many fan clubs for it. Only when you see it on an open line at high speed, like here with an auto train, do you realize that it’s really quite an impressive machine.