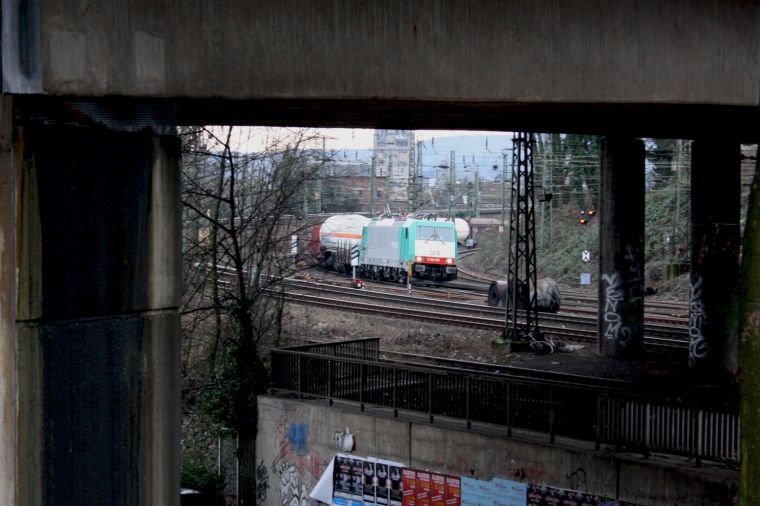 The bridge of TurmstraÃe over the southern part of Aachen West station is a nice vantage point for rail operations and location for some of my previous pictures, but I always wanted to try and see a train below the bridge or, as here, a shot through the bridge. Sure, as bridges go, it’s an ugly one, but I think it works not that badly as a frame.

COBRA’s 2816, a Bombardier TRAXX F140 MS, is pulling into the station with a freight train from Aachen central station (and probably further from Cologne and who knows where else). I thought COBRA was only responsible for taking trains from here to Belgium, but I guess I got that one wrong. If it is still going to Belgium, it will have to change direction here, since the Montzenroute, the main freight line to Belgium, exits Aachen West to the south. This is a remnant of the days when traffic would mainly come via MÃ¶nchengladbach (north of Aachen) instead of Cologne (east of Aachen). Since the locomotive will have to uncouple here no matter what, this made it a perfect spot for changing to diesel locomotives before the line got electrified, and some private companies that don’t have modern four-system electrics (yet) still do so.