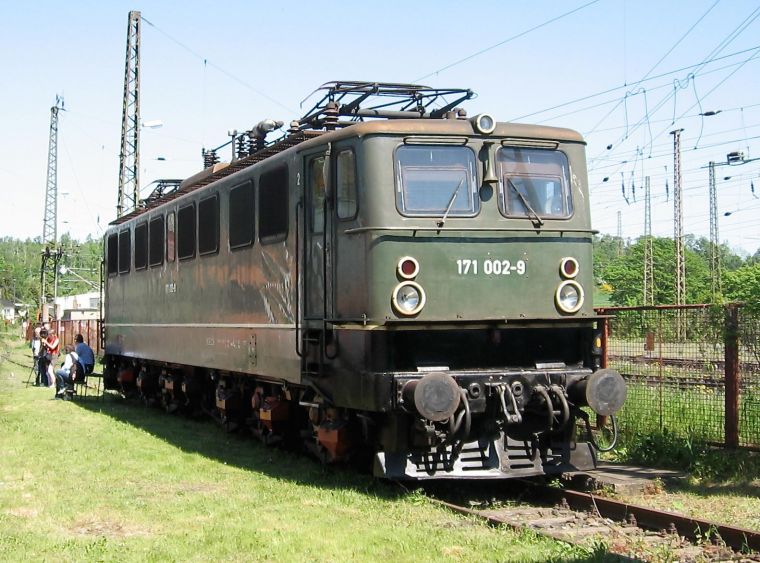 Yesterday my family and I were at a railroad festival in Blankenburg (Harz). It was a small festival by any standard, but it more than made up for it because the locomotives shown are really something unique, such as 171 002 here.

In Blankenburg, the so-called RÃ¼belandbahn starts. This is a very steep line, and at the other end of it there’s a huge limestone factory, which means it’s a steep line with heavy trains. Of course, electrification was desired, but the problem was that the line was and still is far, far away from all other electrified lines. Now germany’s railroads use a frequency of 16.7 Hz, while the rest of germany’s electricity is at 50 Hz. Because long lines to the nearest railway powerplant were not a good idea, the line was electrified with 25 kV, 50 Hz (which is quite popular in other countries as well), and is the only german line to do so.

The units built for that were the class 251, later renumbered to 171. They are a six-achsle 25 kV/50 Hz version of the classic E42, known as Holzroller (wooden kick-scooter). Fifteen were built, less than ten survive today. 171 002 is preserved in it’s original dark-green state.