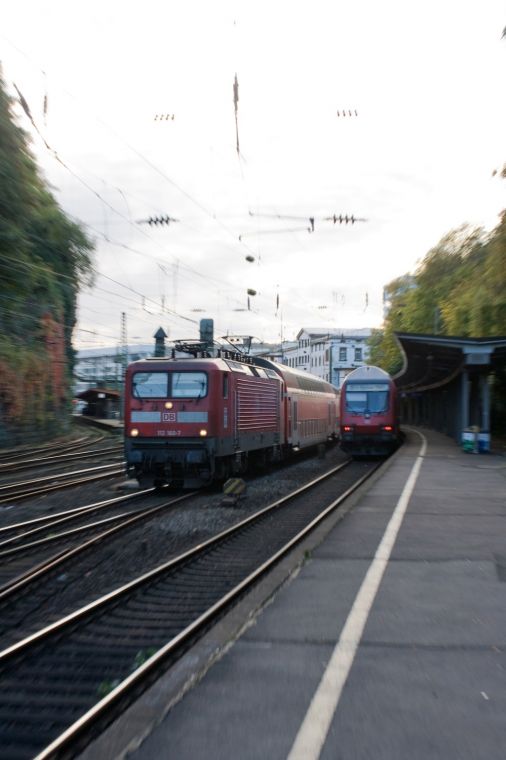 The general problem with Wuppertal is that there is not really space for anything anywhere as the entire city lies within the valley of the Wupper river. Thatâs why they [had to put the wheels on their subway on top and let it hang over the river][schwebebahn] after all. Another result of this is that the central station has a total of only five tracks and is still enclosed on both sides by large walls, making it one of the most claustrophobic stations I know.

The train on the left is pulled by a class 112.1, the final result of GDR locomotive construction, purchased by the reunited Germany only for political reasons. Nevertheless, it seems to work well enough for what it does. The train on the right is actually my train back to Aachen, which had just pulled into the station, so I guess you can imagine that I had to run a little.