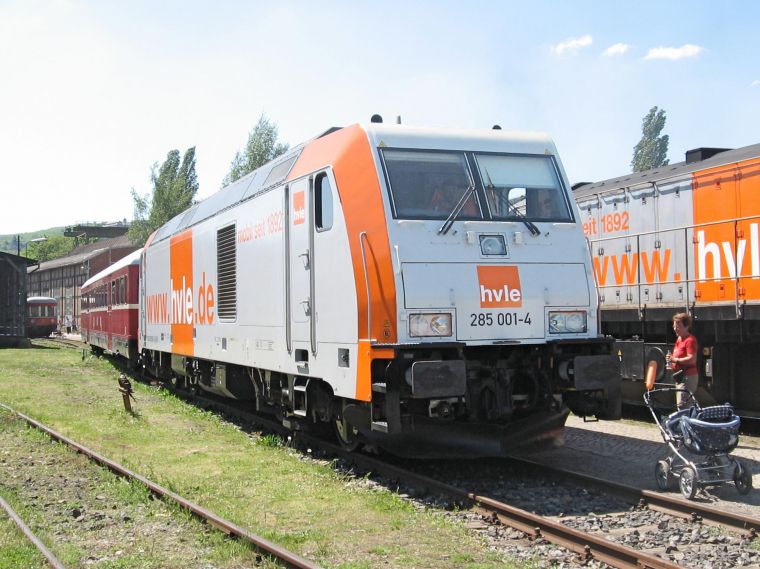 The very newest on the RÃ¼belandbahn at the moment, the Bombardier Traxx F140 DE is used together with Blue Tigers by hvle.

The Traxx F140 DE is a peculiar kind of machine. It is basically the same as the Traxx F140 AC2, except that it’s transformer has been replaced by a tank and large part of the electric systems have been replaced by a diesel motor and alternator. The old description of diesel-electrics as an electric locomotive with built-in powerplant really works here. Anything that could be shared has been shared. The cab is identical, except the switch for “raise pantographs” has been replaced with “start engine”. Interestingly, it also uses the same traction motors, even though the electric version has more than twice the power output. Those won’t overload any time soon…

By the way, while those haven’t even been here a year, their days are numbered as well. People living close to the tracks have complained about the noise the diesels make, so the state government of Saxony-Anhalt is paying to re-establish electric service. As soon as hvle has enough of them, class 186 electrics (same thing but with pantographs) will take over, which should be by the end of this year or the start of the next one. Which is the reason why I was so desperate to still see diesels there in the first place.