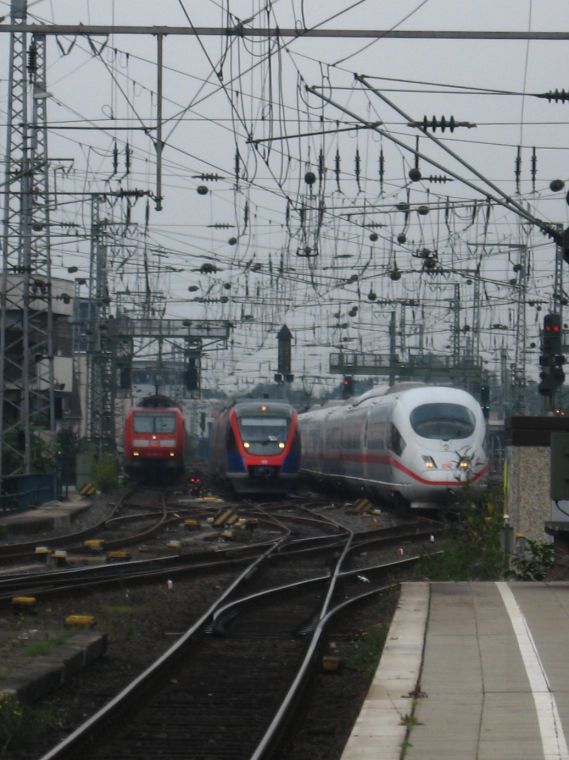 Sometimes you can see truly cool stuff in Cologne, such as here, three top modern trains heading into the (non-bridge end of the) station at once, and at nearly the same speed.

From left to right, we first have an electric engine of class 146.0, hauling a train of double-deckers, on the RE5 line to Emmerich (wherever that may be). In the middle, two class 643.2 Bombardier TALENTs, running on the RB38 line from DÃ¼sseldorf (via lots of extremely boring towns through the countryside) to Cologne Trade Fair/Deutz, and finally on the right, trying to hide behind a bush, a class 403 ICE3, of which I didn’t catch the destination.

I wonder who is in charge with maintaining the overhead wires here, and what pills they take to combat the frustration they have to feel here.