The Wonders of Backlight 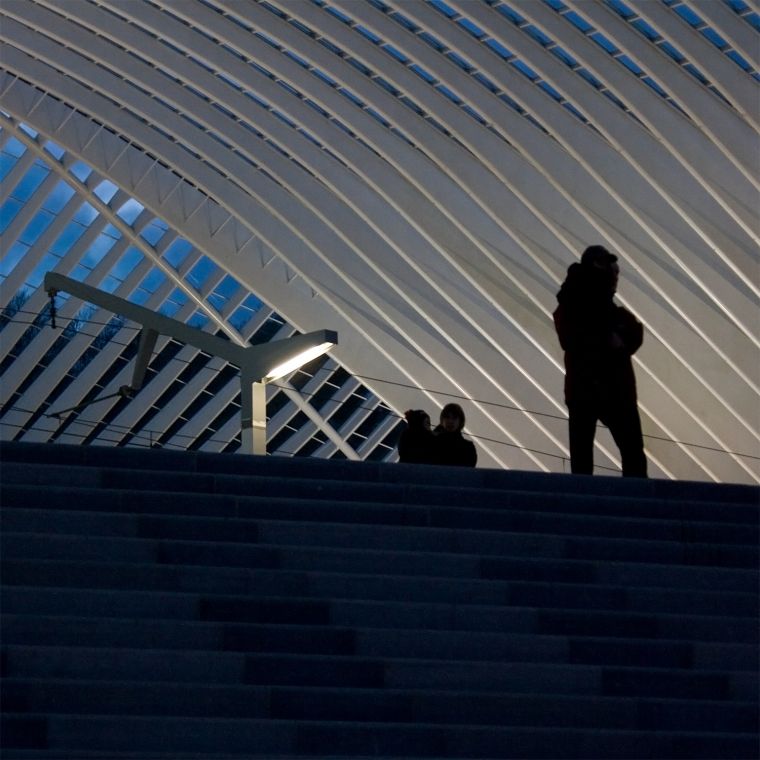 I tried to make a picture of that combination of lamp- and overhead line equipment pole, but people kept walking through my shot. As if this was a freakinâ train station (which, to be honest, it was). I won’t complain, though, it does make the picture more interesting.

I was going to explain why the silhouettes were so odd, but then decided to let it figure it out for yourself. What are your guesses?

Taken in LiÃ¨ge-Guillemins station, which officially opened in October. If you get the chance, you should absolutely visit it, especially at night. It’s just stunning.