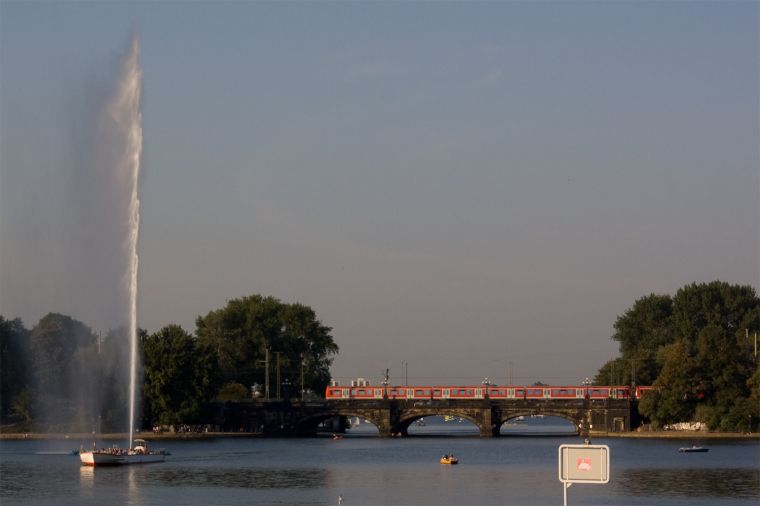 It was rather late when I arrived at the Alster, a river that forms a lake in Hamburg. In between I was at the Miniaturwunderland, a large model railroad where taking pictures is allowed and encouraged, but rather difficult without a tripod or a professional flash, so I won’t post anything from there. Anyway, the light was just great when I did arrive at the river and saw the S-Bahn train on the bridge.