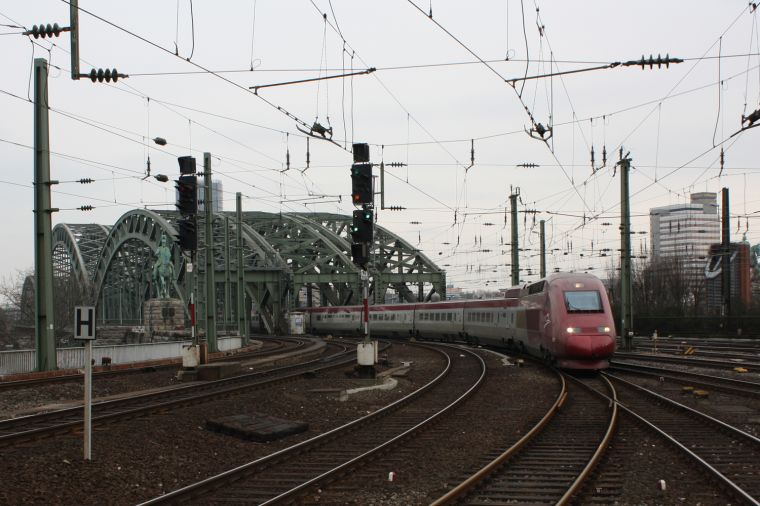 When I posted the ever-so-creatively titled Thalys from Paris, EricForFriends remarked that the only thing more beautiful would be a Thalys going to Paris. Well, here we are!

This Thalys trainset is just coming from the KÃ¶ln (Cologne) Deutzerfeld depot, where it got prepared for it’s journey from Cologne central station to Paris Nord. Sadly, while the Thalys does pass the Hohenzollern Bridge, the second most important landmark of Cologne, it only does so without any passengers.

I’ve been asked for more pictures of the bridge recently. Something I’ve always been wanting to do was a picture that showed the bridge and also a train sort of going before it, through a curve. German Taurus was one attempt, this is another, and I might post a third one later, but I still think I didn’t quite nail what I was looking for. Of course, I’m not certain whether the picture I want is even possible, geometrically, but I shall try some more.