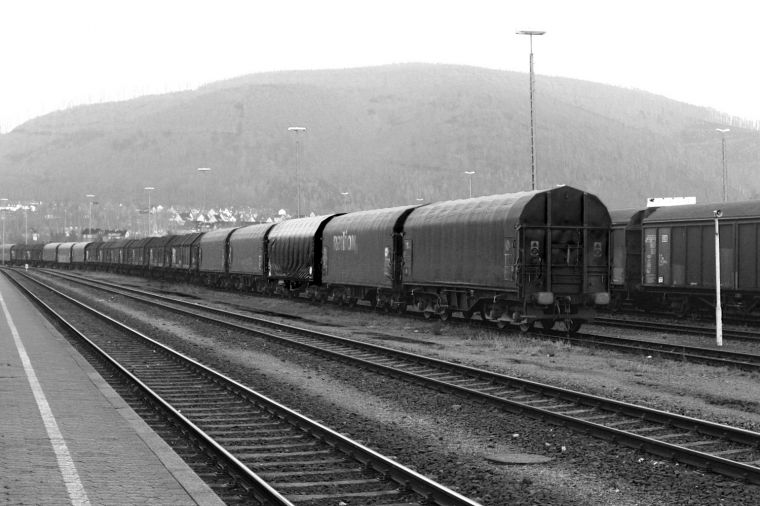 I actually rather liked how my previous attempt with black and white turned out, so I decided to try it again. I’m not too convinced, though, maybe the subject is just too boring. My father told me to increase the contrast a little, which I did, and now I’d be interested in hearing what everybody thinks about the results.

Germany’s railroads were hit by the recession just like everybody else, and the freight division of DB, currently called DB Schenker, has stored at least 6000 freight cars. Some of them are in Oker, a station that has always had a little too much tracks for its traffic and has been used for storage nearly constantly.

The cars here are all for transporting steel coils. The four axle ones are Shimmns while the six axle versions are Sahimms, variously with u, tu or ttu suffix, and I don’t have the slightest idea what any of this means. Interestingly, the metal-covered versions have the same identification string as the ones with canvas covering.