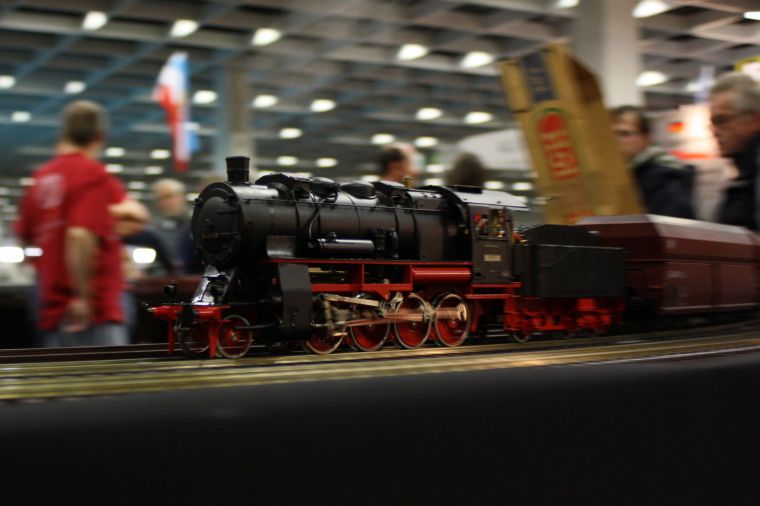 The rhine area, of which Cologne is a part, was politically not that stable throughout the 19th century, and there was a separatist movement even up to the 1920s, as a part of the political turmoil in Germany after the first world war, which eventually lead to the Nazis gaining power. Despite all protests, however, the area remained firmly a part of Prussia until this was dissolved in 1945, and consequently part of the area of the KÃ¶niglich PreuÃische Eisenbahnverwaltung (Royal Prussian Railraod Administration) KPEV. All this leads me to the point: There were an awful lot of prussian G8s at that convention.

This specimen is significantly smaller, as it’s in #1 gauge, which is always 1:32 in Germany (this is different from other countries, for example in the US it varies around 1:29). This model is live steam as well, radio-controlled. It shows the livery that has been the german standard for steam engines since after world war one, when this type got classified as class 56.