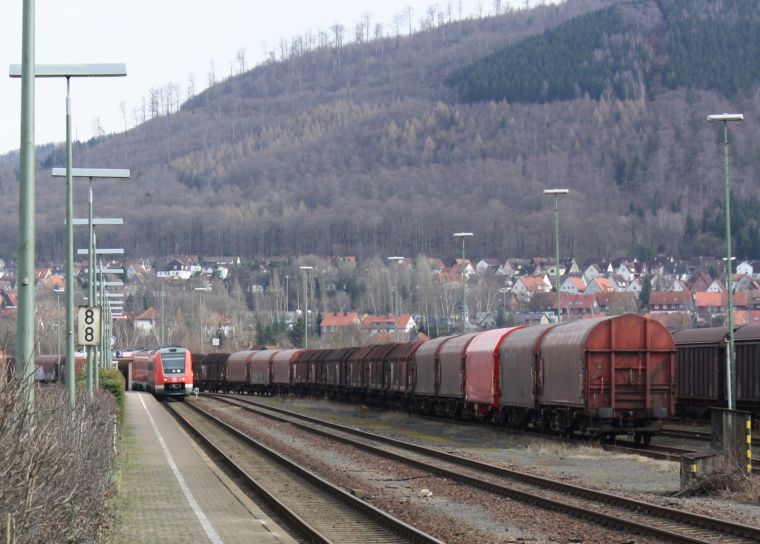 Anyone who has ever been there, i.e. me, will tell you that Oker is by no means a large station. However, compared to the small trains we have normally, it’s huge.

Here, a class 612 tilting train is heading into Oker. It consists of two DMUs, each consisting of two parts, which gives the total train a length of a little over 100 m. The train does not stop here usually (and didn’t open its doors either), but the line to Goslar was blocked first by the departing 628 (which had nearly ten minutes delay) and then by the arriving 612 in the opposite direction, whose path this train would have had to cross. When this one finally went away, the driver opened the window and remarked to me that there was quite a lot of action today.