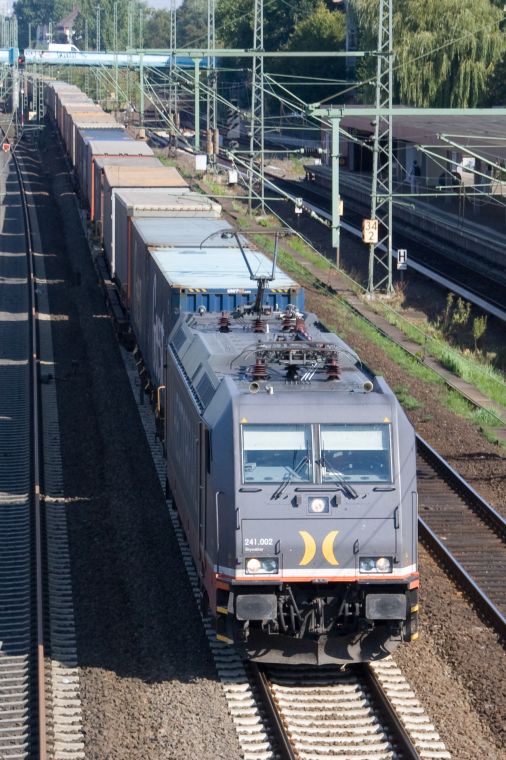 When it comes to locomotive naming, if it is done at all, one normally uses either women’s names or cities. Great Britain is more creative, but when it comes down to it, nobody can beat swedish (also active in Germany and Denmark) company Hector Rail, where the locomotives have names of characters from various movies. A great example is 241.002 (91 74 6241 002-3 S-HCTOR) “Skywalker”. Other locomotives from Hector Rail’s first delivery of this type include “Kenobi”, “R2D2”, “Solo” and “Calrissian”, while the second delivery has “Bond”, “Galore” and “Moneypenny”. Yet other machines have names from movies such as Alien, Blade Runner or Citizen Kane.

241 means dual system, four axles, and the first with this formula that Hector Rail has. The class is, of course, nothing other than the well-known Bombardier TRAXX 2 F140 AC2, known in Germany as class 185.2. The history of 241.002 is in fact a little more complicated, as it was a Bombardier demonstrator with the number 185 568-3 before. The Hector Rail machines are the first TRAXX machines used in Scandinavia and have received, among other things, additional insulation for the cabs. Since then, DB has started using 185s up north as well, and they have made some inroads into Norway. Here in Hamburg Wilhelmsburg, that may be not that relevant, though.