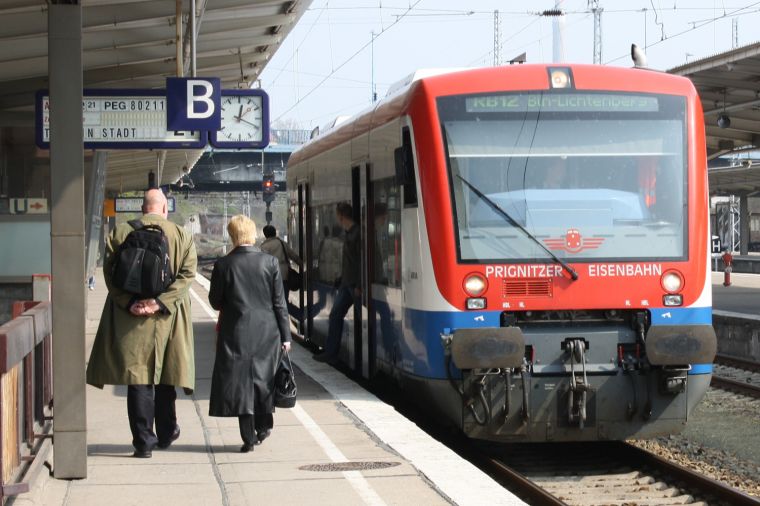 And another Regio-Shuttle! For what it’s worth, I have no idea how this train is written. Regioshuttle, RegioShuttle, Regio Shuttle? Wikipedia uses the dashed version, so that’s what I’m sticking with.

The story of Prignitzer Eisenbahn (Prignitz Railway, PEG) sounds a little sentimental: DB was cutting service on branchlines in the less populated parts of east germany, in particular the Prignitz area, leaving the people there to rely on cars or sporadic bus service. An engineer decided that he could do better, got a few old (nearly historic) DMUs and employees, and managed to make traffic in the area successful again, branching out to more and more lines. These days, PEG has lost nearly all of this former charm but increased it’s success, and is instead a serious competitor in the german railway business, operating modern trains in east germany (such as here, Berlin Lichtenberg) and North-Rhine Westphalia ([shenanigan87](http://shenanigan87.deviantart.com/) has a picture of that) as well as freight business all over the country. The company is owned by Arriva these days, although it still retains it’s independent (and, to me, slightly ugly, although it works nicely on the RS1) paint scheme.