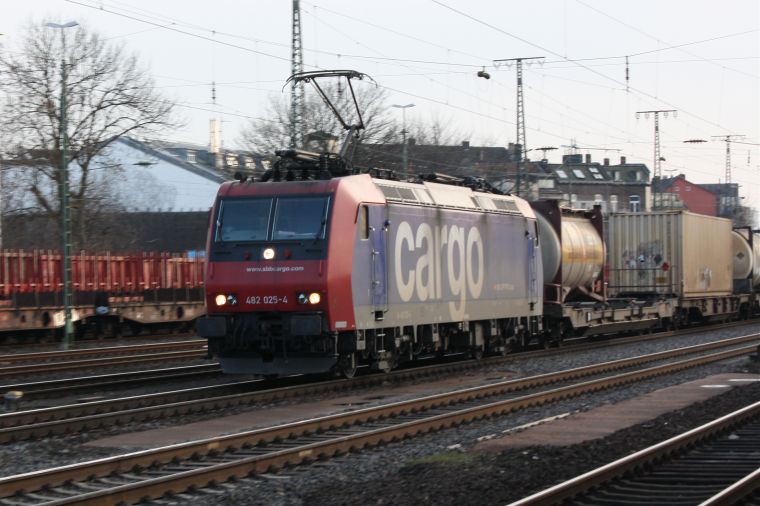 There’s a list of things that I see often or at least occasionally and that I really want to take pictures (preferably good ones) of. Class 111s, Rail4Chem-locomotives, class 145 locomotives (and never forget those damn Rail4Chem 145s, always at the wrong moment or behind a stupid fence…), and of course the various swiss things. Well, today I finally got a picture of a swiss locomotive that I don’t hate.

[^1]: I used to think it was 185.0 since the first one built was 185 001, but according to some railway magazines it’s 185.1, which really does not make any sense to me, but that’s german railroad numbering for you. By the way, you’ll also find notations such as 1851, which mean exactly the same thing.