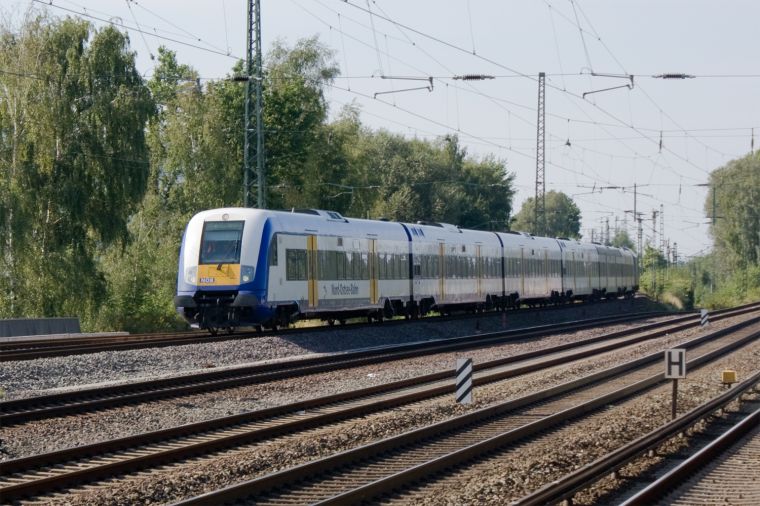 They are essentially a variant of the standard Bombardier double-decker carriage. The twist about their design, and the reason of their name, is that they always come as pairs, consisting of one “middle car” together with either a cab car, an adapter car or an “extra car”. Some of the equipment is only in the “middle car”, such as a toilet and area for bicycles and wheelchairs, making the entire train cheaper. Also, the entire train uses special couplings, with normal ones only in the cab and adapter car (hence the need for the latter). Whether they are a better choice than fewer double-decker carriages with the same capacity is, in theory, a question that cannot be generally answered and depends on a lot of factors. Practically, though, Veolia’s Nord-Ostsee-Bahn (North and Baltic Sea Railroad), is the only one who bought them so far, while the double-deckers are flying off the shelves.

I would like to think that this is at least in part because these vehicles are actually ugly as hell, but that never stopped german railroads from buying anything else before…