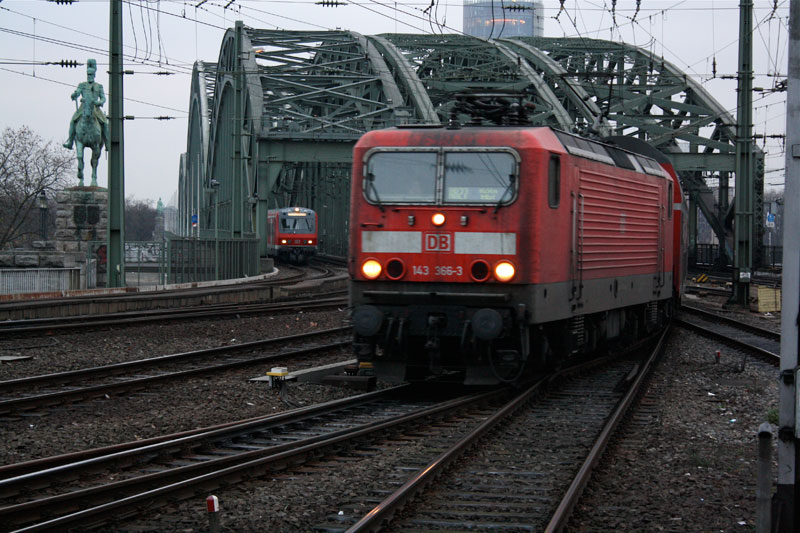 One could start to think that MRCE had not only bought class 189 locomotives, but also some 143s, seeing how 143 366 is becoming more and more black here. It’s coming from Koblenz via the right (eastern) rhine line. The class 143 was built in the GDR as a freight locomotive, but was used for anything (socialism didn’t allow people to be picky). Nowadays, it’s only found in commuter- and regional services, which also require a low top speed but lots of pulling power (here for fast acceleration).

To add some color, to the left you can see the cab car of a type-x carriage, which is (still) typical for the Rhine-Ruhr area and is heading a train that is also pushed by a class 143.

I’m afraid I have no idea who that nice guy in green at the left edge is. My guess would be that it’s some prussian king or emperor, and most likely Wilhelm II., who was reigning when the bridge was built, but the only thing I can really say for certain is that he was probably named either Wilhelm or Friedrich, since that’s what all prussian emperors were ever named.