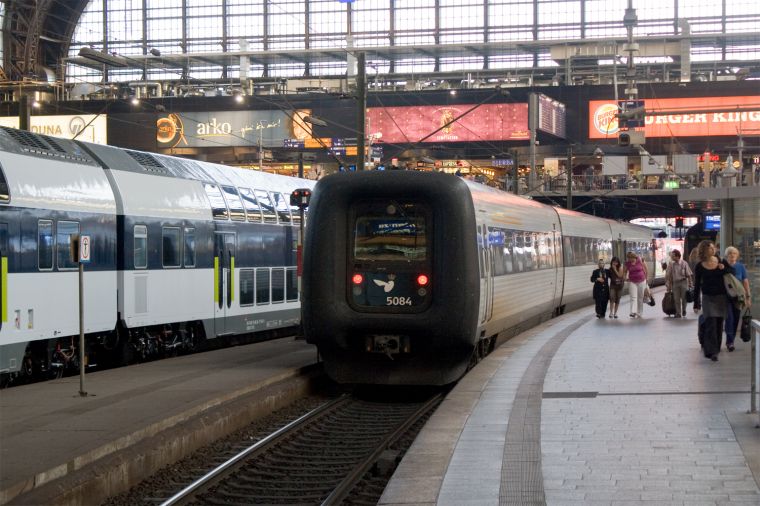 Hamburg central station does see some international trains, and one of the oddest is the danish IC3. These rubber-nosed DMUs can fold away their entire driver’s desk, allowing for a nearly full-width passage between two or more coupled three-car train sets. I’m pretty certain that they are what the [belgian AM96][am96] is based on.

By what I assume to be random chance, a set of three brand new Bombardier double-decker coaches in danish livery and with DSB (danish state railways) owner’s markings were passing through at the same time, being hauled by a DB class 185 (which was coupled to the cab car). My guess is that this was a delivery run. All in all, quite a lot of danish action in this station.