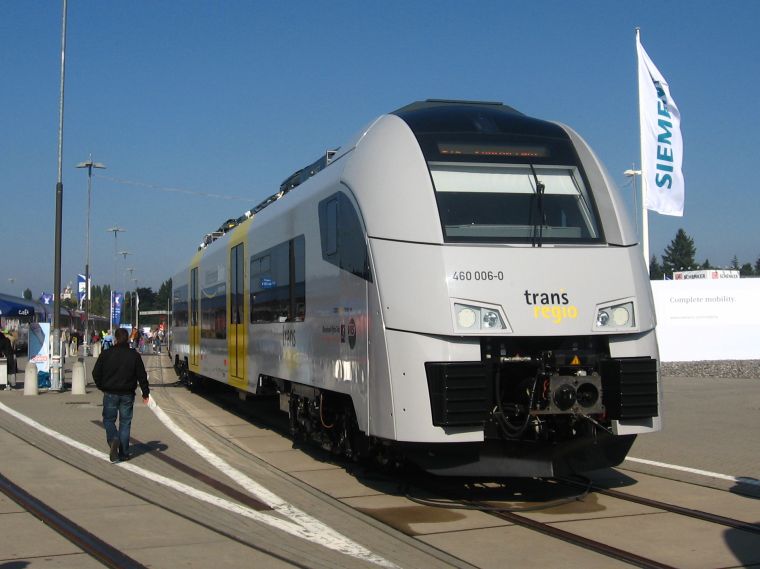 In the line of second generation railcars comes the Siemens Desiro Mainland, Desiro ML for friends, the official successor to the Desiro Continental, which itself is actually the successor to the rather unsuccessful RegioSprinter. The only thing this train has in common with these two others and also the Desiro UK is the producer and name.

The list of features is close to identical to that of the Bombardier Talent 2: Variable floor height, variable number of doors, continuously low floor (even though the window positions imply otherwise, but it is continuous, I checked), all propulsion technology on the roof, an arbitrary amount of powered trucks, better crash safety. Unlike the Talent 2, however, a diesel version has already been announced (this one here is electric), and most importantly, it’s no longer an articulated train. Instead it returned to classic single carriages, which is more expensive and heavy, but has the advantage that changing the train’s length in service is no problem at all. It’s also cheaper on routes where the trackage fee is calculated by axle load.

This one will be used by transregion between Cologne and Mainz. Apparently this company does not believe in this newfangled crap like paint, and considers primer (or at least primer lookalike color) and a little yellow for the doors enough. It’s not the color scheme I’d have picked, but then, I don’t own the train.