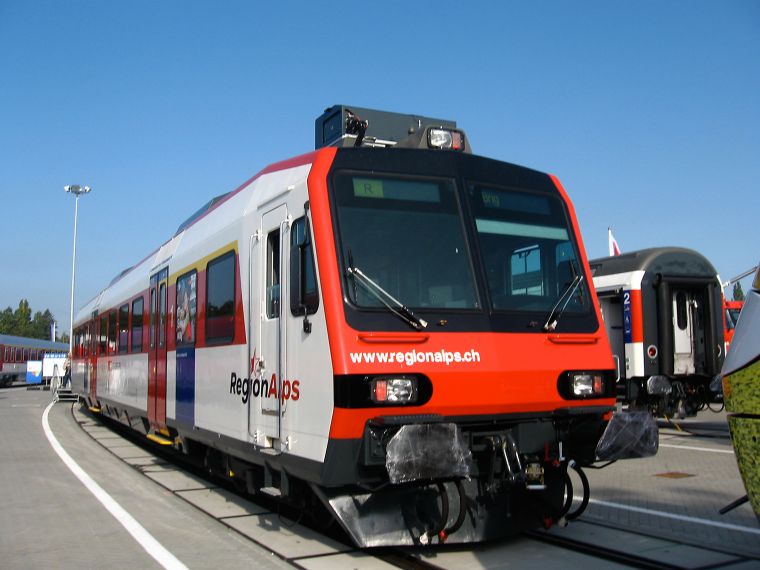 The mainstay of swiss regional traffic is the NPZ, which stands for Nahverkehrpendelzug, which can be vaguely translated as regional push-pull train. Now SBB (also known as CFF in the french and FFS in the italian parts of Switzerland) is re-building them to become the new regional train “Domino”, one of which was present at Innotrans.

Domino keeps using the power car (which is one end of the train, but also has the full amount of seats) and the cab car. When the original train was built from 1987 to 1995, no new middle cars were built, though (the train uses between no and four of these middle cars), instead old passenger cars were re-used. Now, those get replaced by newly built low-floor cars, which also fit better to the train in terms of design. In addition, the complete interior is being replaced, and of course it gets a new paint scheme.

Apart from the fact that you could get bonbons in there, I especially like the design. Clear lines, maybe a little boring, but looks very solid.