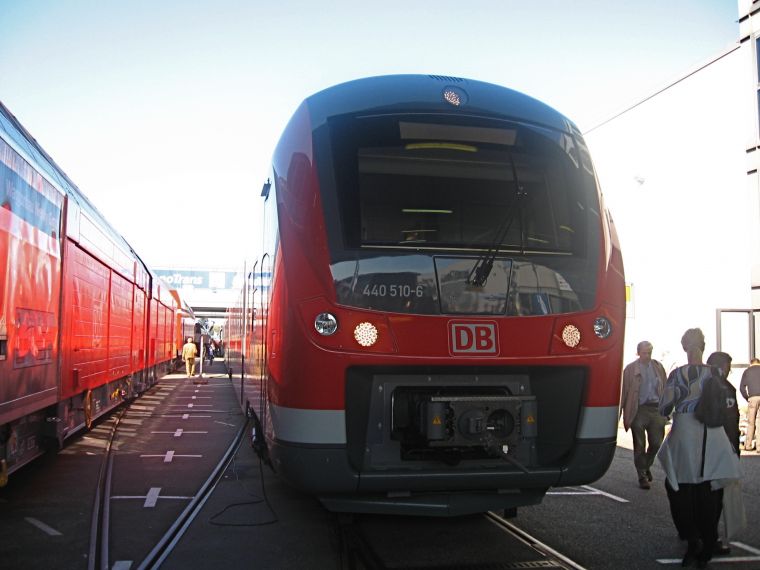 While we’re at it, the next regional train, which the people responsible managed to position exactly so that either end was in shadows on this otherwise very sunny day. Ah well.

The Alstom LHB (Alstom LHB is the german part of Alstom) Coradia Continental, formerly known as Coradia LIREX, is the official successor to the Coradia LINT. The list of features is practically identical to the ones of Talent 2 and Desiro ML, so I’m not going to repeat it at all again. I really didn’t manage to find out the defining feature of this train in comparison to the other two. Of course, according to Alstom it’s the latest and greatest you can get…

Interestingly, you can order the train with both crash-optimized cabs or with plain standard ones, and DB, in their infinite wisdom, decided for the less safe ones. Not to worry, though, this is yet another of the many configuration options that can be changed later. I hope they do, partly for safety reasons, but mainly because at the moment, the train doesn’t exactly look bad, but horribly boring.