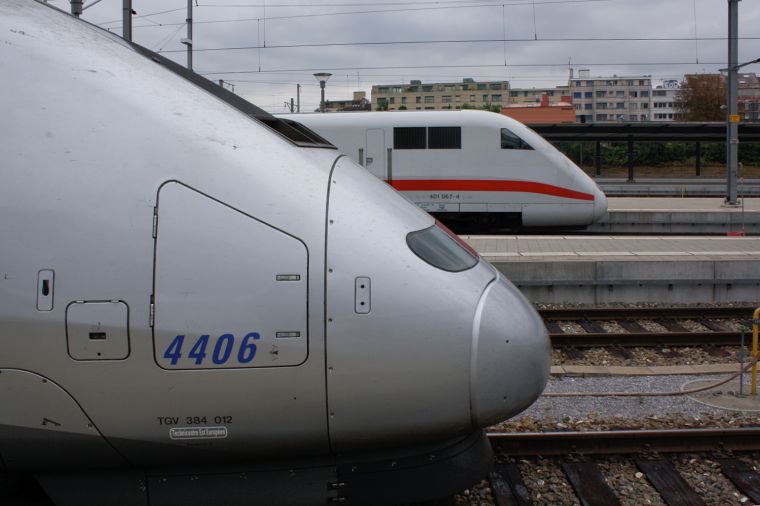 You don’t actually need to go to Switzerland to make a shot like this, but Basel SBB is where I got the chance, so here it is. In the front, a TGV POS (Paris-Ostfrankreich-SÃ¼ddeutschland, translates to Paris - East France - South Germany), which is, despite the name, also used for services into Switzerland. 4406 here, name “Basel”, is actually owned by swiss SBB, although it seems that all maintenance and operation is done by french SNCF either way.

In the background, german ICE 1 powerhead 401 067 is rather older and slower, but nevertheless still a very capable machine, especially now that all ICE 1 trainsets have received new interiors which aren’t any worse than those in the ICE 3. Interestingly, 401 067 is not one of those with special equipment for Switzerland which consists of a second, narrower pantograph, swiss train control, ETCS level 2, which is already used in Switzerland to some degree and rear view mirrors. Apparently, it is still allowed to cross over here, though, instead of staying in DB-operated Basel Badischer Bahnhof.