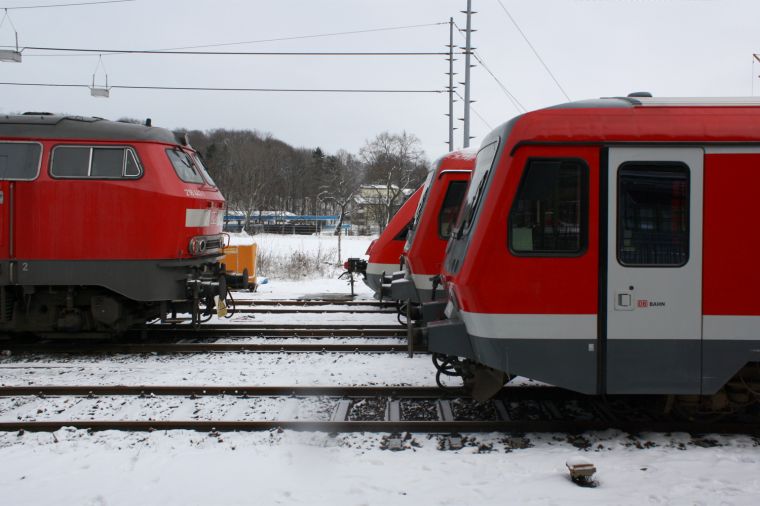 Some stuff is always parked in the unused tracks of Goslar station. Today, we had a class 218 diesel locomotive with n-Type “Silberling” train (left), then two 628.4 (right, foreground) and a 648 Coradia LINT (right, background), and I really like how they were placed together.

The 628.4 can be told from the 628.2 by the lack of a second, lower window in the door (on the 628.2, this was often broken by flying ballast and the like), and from the 628.0 by looking completely differently. It’s the latest kind of the 628, built 1992-1996. The 648 is one of many successor classes, and is the one you usually find in this area. This one even has a name: It’s called “Bad Harzburg”, after a neighbor town of Goslar. It’s actually the shortest vehicle in use in the region, just in case you were wondering about the relative importance of Bad Harzburg.