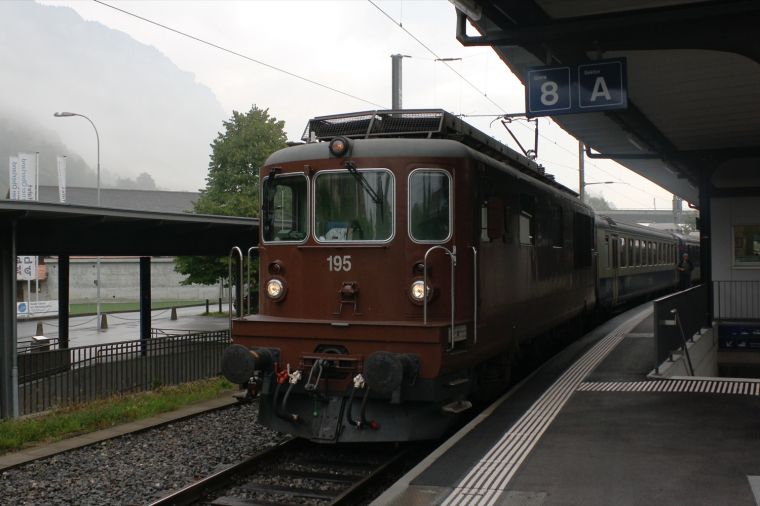 The Golden Pass Line from Lucerne to Montreux requires changing trains twice: First from a Zentralbahn train to one of BLS in Interlaken East, and then from the BLS train into an MOB one in Zweisimmen. Since the BLS part is normal gauge while the other two are meter gauge, this is rather unlikely to change any time soon, especially as BLS won’t allow thee-rail tracks on their main freight line (which the Golden Pass route crosses along the line. There are thoughts about variable gauge bogies to offer a through service, though.

In contrast to MOB, neither Zentralbahn nor BLS seem to care too much about the Golden Pass line, BLS least of all. Nevertheless, BLS undoubtedly has the most interesting lead vehicle with their ancient-looking Re 4/4 (which is not to be confused with anything the SBB called Re 4/4).