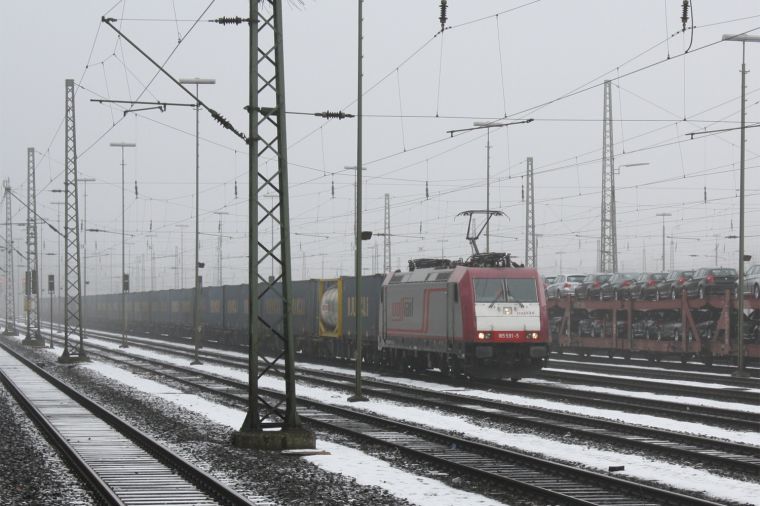 185 591-5 (full NVR number 91 80 6185 591-5 D-DLC) is, again, an example for the darker side of railroad coloring, but I have to admit that I’ve gotten used to it, just like I did to the class 66. While it is qualified for use both with 25 kV 50 Hz as well, this one is only homologated for Germany, Austria and Switzerland which all use 15 kV 16.7 Hz (known as D/A/CH- or roof-configuration). The AC-Traxx can no longer be bought as a single-system version at all, it just isn’t cost-effective to have another assembly line for that. This one still has to have four pantographs instead of two, since the narrower tunnels of switzerland require pantographs that have less width.

The container trains that consist nearly entirely out of blue containers with “Bulkhaul” script used to be hauled by class 155 locomotives before, but seem to have been transferred to Crossrail instead now.