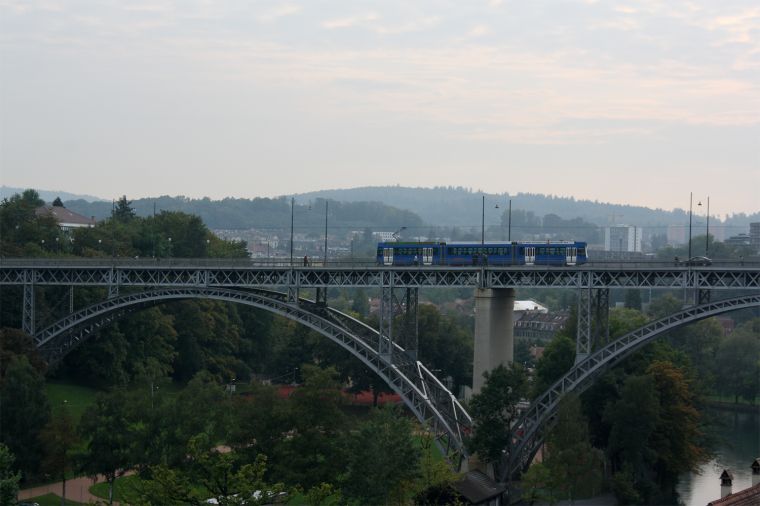 The RBS (Regionalverkehr Bern-Solothurn) operates several narrow-gauge rail, tram and bus lines in the area of Berne. The tram line, Line G to Worb via GÃ¼mligen, actually more along the lines of an interurban or LRV system, uses the tracks of the Berne tram system up to the Zytglogge stop right in the central business district. To do this, it has to cross a rather large valley in the middle of the city, and it does so over a beautiful historic bridge. Here, one of their trains (blue on this line and orange on all others) has just left this stop for Worb. Unlike all other vehicles on Berne’s tram network, these are bi-directional.

If you look closely (please don’t), you’ll see that the bridge is straight, but the rest of the picture isn’t. In fact, the actual bridge is sloped downwards, but my sister and I agreed that it looked better if I tilted the image to make it appear straight. I hope you don’t mind.