Today was another day of “Bildungsstreik” (education strike, i.e. students protesting against failures of education policy) in Aachen. Just like last time I was there to take some pictures from the sidelines. My guess is that it were less people than last time, though I have no way of saying for certain (it was still quite a lot). Here, a few pictures with minimal commentary. Each links to a larger version of itself. 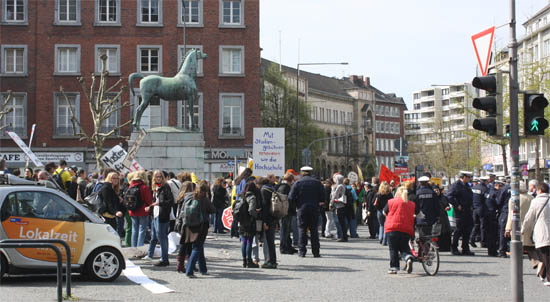 At the Theaterplatz, before the start. The Aachen office of WDR was present as well. 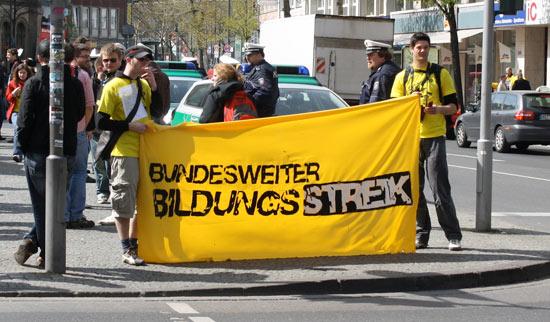 It took some time for them to start their demonstration, which apparently annoyed those two guys. 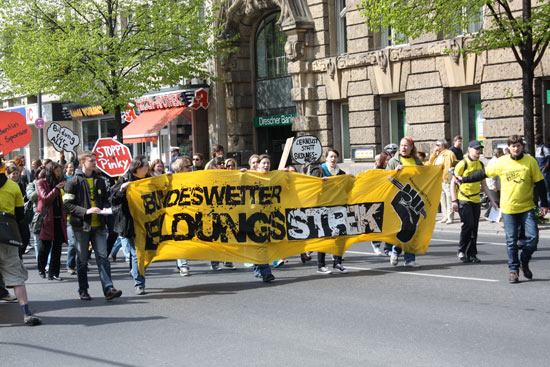 And here they walk, this time to the right instead of the left, towards the Elisenbrunnen. The light was much better for photography today. 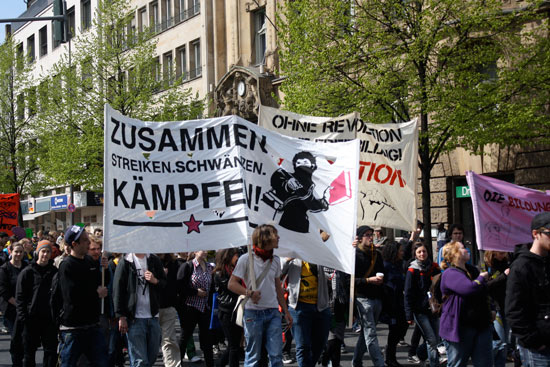 A lot of the signs and banners were re-used from the protest in november, such as the pro-revolution one in the background. The one in front, which somehow reminds me of Monty Python (“We are struggling together!”) is new to me, though. 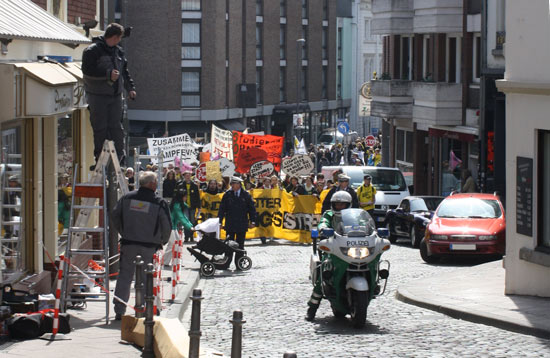 Via Elisenbrunnen (all pictures there were too much in the shadows) the trek led up to the market place, resulting in what I think is an interesting photo. 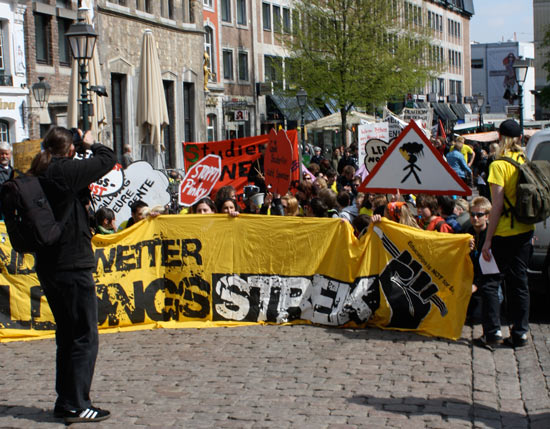 Sitting down proved popular the last time as well, and this demonstration sure likes to repeat what has been done before. I don’t mind the guy in black getting in my shot, as I yield to the authority of the larger camera, but if he does he has to deal with being in my picture.

The rest was more or less the same and kind of boring, but I hope I could give an impression of what it was all like. By the way, just to prevent any confusion, I did not partake in the demonstration or the movement, I was just there as an interested citizen with a camera and some time on his hands.