I had originally announced it for yesterday evening, but now I finally did it: After a lot of work, much of which was spent on the converter as such, I have a graphical representation of railroad tracks. What does this mean precisely? 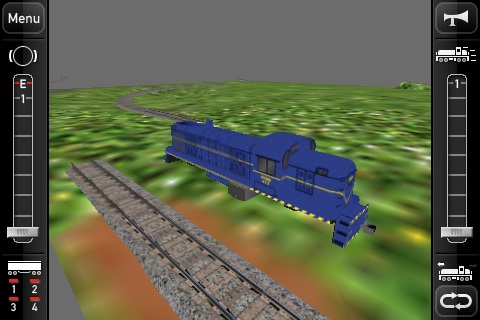 Of course directly on what Apple lovingly calls the “Device” inside the development environment. Of course, one can certainly ask the all-too-important question why the locomotive has no wheels and is positioned next to the railroad tracks. These are areas I still have to work on. Since the idea of vehicle-on-tracks is the foundation of all my simulation work, I cannot rule out that this might even take some more time than expected. We’ll see.